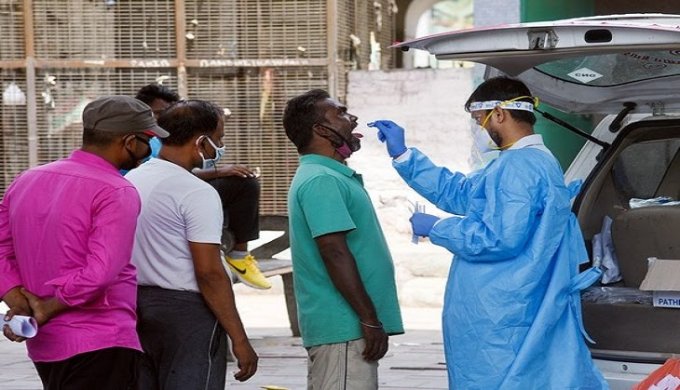 In Delhi, 11,486 cases of corona were reported in the last 24 hours, while the positivity rate has gone up to 16.36%. New cases have increased due to increase in Covid test, but the positivity rate has come down. 45 patients have died in the last 24 hours. The third wave has recorded the highest number of deaths in a single day. After June 5, there have been so many deaths in a single day.

While talking about India, more than 3 lakh daily cases of Coronavirus are coming for the last three days. During the last 24 hours, 3,37,704 new cases of corona have been reported.

However, there has been a decrease in corona cases as compared to yesterday.

There has been an increase of 3.69 percent in Omicron’s cases compared to yesterday. Active cases in the country have increased to 21,13,365 in the last 24 hours.

According to PTI, a study by a private hospital said that 60 per cent of the patients who died during the current wave of the COVID-19 pandemic were either partially or completely unvaccinated. The study conducted by Max Healthcare stated that most of the reported deaths were people above 70 years of age and suffering from multiple co-morbidities like kidney ailments, heart disease, diabetes, cancer.

Max Healthcare said in a statement, “Of the 82 deaths in our hospitals so far, 60 percent have been seen in the partially or illiterate population.”

Know how to prepare cinnamon face pack for face