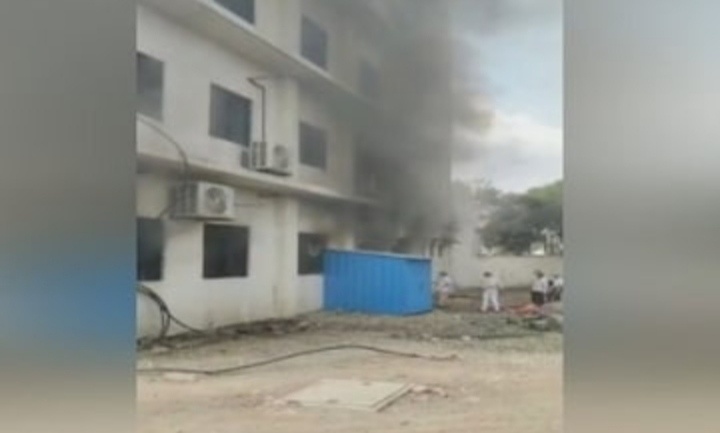 A massive fire broke out in the ICU of the Civil Hospital in Ahmednagar, Maharashtra this morning. According to the information, about 10 patients have died tragically in this fire. While many people are feared to be burnt. The death toll of patients may increase even more. At present, information about shifting many patients to other hospitals is also coming out.

While the state government has announced Rs 5 lakh compensation to the next of kin of those who lost their life due to fire at hospital. Maharashtra Chief Minister Uddhav Thackeray has ordered probe into the incident.

How did this fire happen in the ICU of Ahmednagar’s government hospital? Nothing is known about this till now. Information about shifting about 20 patients from the hospital to other nearby hospitals has come to the fore. There are reports of about 12 to 15 people getting injured in this fire.

After the news of the fire in the hospital, Ahmednagar’s Guardian Minister Hassan Mushrif is also about to leave for Ahmednagar from Kolhapur.

“Anguished by the loss of lives due to a fire in a hospital in Ahmednagar, Maharashtra. Condolences to the bereaved families. May the injured recover at the earliest,”PM Modi tweeted.