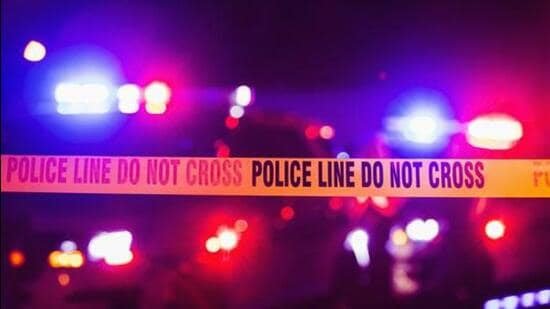 Two Nihang Sikh men are accused of killing a young person in Amritsar. The crime was conducted on Wednesday in a market area close to Harmandir Sahib, and cameras placed nearby have recorded images of the incident.

According to sources, two Nihang Sikhs attacked a man with their swords as he passed them on the street. The victim’s family claims that the two attackers attacked him as he crossed the street close to Jallianwala Bagh and then fled the scene of the crime. They said that the victim was killed after being allegedly stabbed in the chest with a sword and left to bleed out for more than a night in the marketplace.

CCTV cameras in the area caught the offense.

Given the vicinity of the Golden Temple, Ramandeep Singh, one of the accused and a waiter at the hotel, claimed Harmanjit Singh was intoxicated and using tobacco despite the Nihang Sikhs’ protests. This is according to Amritsar commissioner of police Arun Pal Singh.

The Nihang Sikhs attacked Harmanjit when they were outraged by his behavior, and the waiter eventually joined the assault, the officer continued.

“As per the arrested accused, the victim was drunk and was consuming tobacco products even as the Nihang Sikhs objected. His claims, however, are yet to be verified,” the officer said.