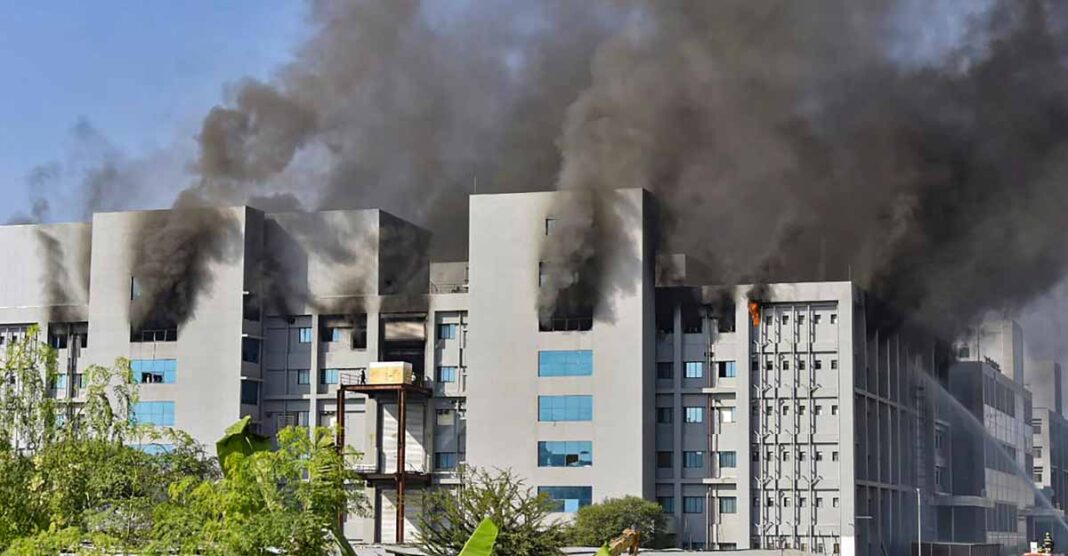 “The five people who died were perhaps the workers at the under-construction building. The cause of the fire is yet to be ascertained but it is being speculated that welding, that was going on at the building, caused the fire,” said Pune Mayor Murlidhar Mohol.

Adar Poonawalla, the chief of SII expressed grief over the loss of lives and the Maharashtra Deputy Chief Minister is now in Pune to take the stock of the entire incident.

Meanwhile, Maharastra Chief Minister, Uddhav Thackery has announced that he will also visit the spot in Pune tomorrow afternoon. The Chief Minister also said that he will make sure that the situation will be under control in the coming days and the entire development of the event is under his control.

The serum is the manufacturer of coronavirus vaccine COVISHIELD and it is one of the first companies to get the nod from the central government for the vaccine roll-out.

The company officials have confirmed that the fire has not affected the vaccine production building and the vaccines are safe.