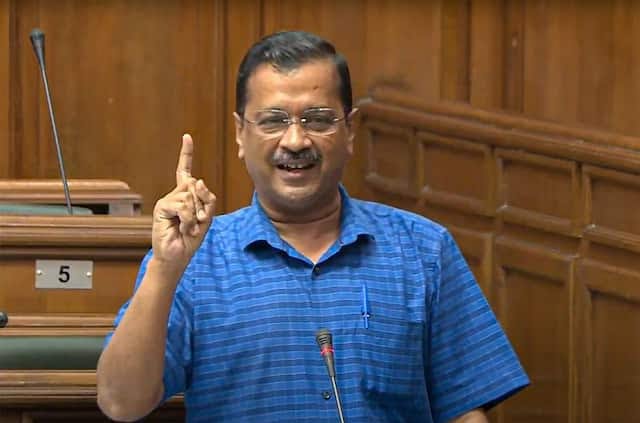 “I’m sure the day he is arrested, that (vote share) will go up to 6%,” he added. It is worthy of mention that the Legislative Assembly elections in Gujarat are due in December 2022.

AAP MLAs made up 59 of the total 62 who were present for the vote of confidence. Two of the three missing are away from home, while the third, Satyendar Jain, is imprisoned. A total of 58 MLAs, including the Speaker herself, supported the motion for confidence.

Kejriwal emphasised the efforts made by the Aam Aadmi Party (AAP) administration to enhance state-run schools in the capital. He further said that the CBI had brought a “false” case against Manish Sisodia. Moreover, Sisodia did not threaten them with a defamation lawsuit, even though he supported the CBI’s investigation into him in the Delhi Excise Policy case.

Last month, the Central Bureau of Investigation (CBI) carried out raids at 31 locations including Sisodia’s residence in connection with alleged irregularities in the Delhi government’s Excise Policy 2021-22.

Sisodia is among 15 people and entities named in an FIR registered by the CBI in connection with alleged irregularities in the implementation of the excise policy. The AAP chief said that the CBI raided Sisodia’s residence, went to his village and searched his bank locker, but found nothing.