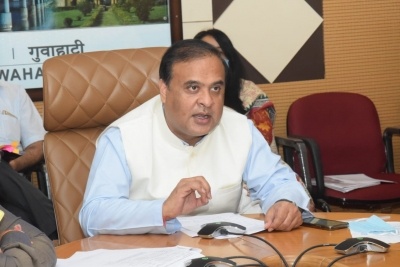 “An eviction drive was initiated with an agreed principle. That landless will be provided 2 acres each as per land policy and representatives [of locals] agreed [to that]. We expected no resistance but about 10,000 people gheraoed Assam Police and used violence. Then police retaliated,” Assam CM Himanta Biswa Sarma said.

The videos went viral when a team of security personnel and district administration officials visited the Dholpur Ghorukhuti area in Darrang’s Sipajhar to evict encroachers who were protesting the government action.

“You cannot demean the state government with one video. Since 1983, that area is known for killings. Otherwise, normally people don’t encroach on temple land. I have seen encroachments all around. A peaceful eviction drive was agreed upon, but who instigated?” said CM Himanta Biswa Sarma.

The Chief Minister further said that 11 policemen were injured during the violence and ordered for an inquiry.

“Our 11 police personnel have been injured. We will carry out an inquiry on how the cameraman came into the scene, and why he tried to overpower that particular person. We have ordered a judicial probe,” Assam CM Himanta Biswa Sarma said.

“This [eviction drive] was urgent. It was not done overnight, discussions were on for four months. Congress delegation had met me and agreed on land allotment to landless. 27,000 acres of land has to be productively used. There was a temple, which was also encroached upon,” he added.