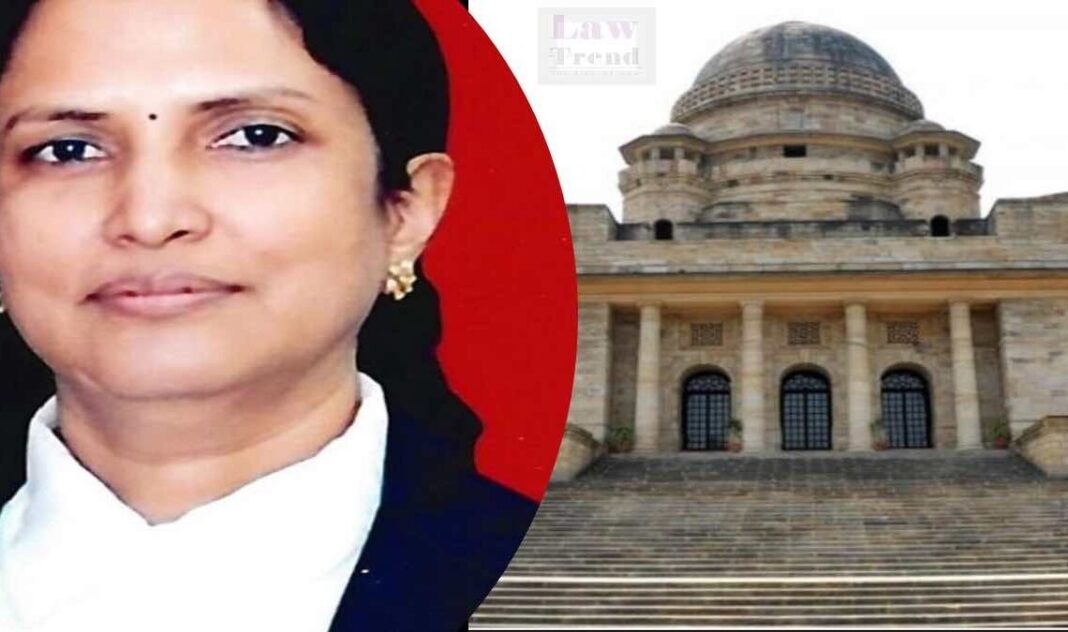 The Collegium of the Supreme Court has withdrawn the Bombay High Court’s approval of the motion to appoint Additional Judge Justice Pushpa Virendra Ganediwala as a permanent judge. The collegium has taken this step following her recent controversial decisions in some cases. A source said that the decision has been taken after criticisms over her interpretation of sexual assault under the Protection of Children from Sexual Offenses (POCSO) Act. Justice Ganediwala had earlier acquitted the accused accused of touching a particular part of a 12-year-old girl and said that the accused had not made skin-to-skin contact.

A few days earlier, she had arranged that holding the hand of a five-year-old girl and opening a zip of trousers is not a sexual offense under the POCSO law.

Sources said, “There is nothing personal against Justice Pushpa Ganediwala. She needs exposure and may not have dealt with such cases when she was a lawyer. The judge needs training.”

Actually, one of the decisions of Justice Ganediwala, Judge of Nagpur bench of Bombay High Court was stayed by the Supreme Court. The Center has appealed against this decision. In this decision, a person has been given relief under the stringent POCSO law, saying that there is no skin to skin contact, hence a section cannot be imposed under POCSO and it is not the same as sexual assault.

Justice Pushpa Ganediwal, while giving the verdict, said that “touching a person’s breast, without exposing a minor, cannot be termed as sexual assault.” The Supreme Court has stayed his decision. A three-member collegium of the apex court headed by Chief Justice SA Bobde recommended Justice Ganediwal as a permanent judge of the Bombay High Court, but later quashed the motion.

Public criticism had begun against Justice Ganediwal’s order of skin-to-skin contact. People said that this shows the insensitivity of the judge towards the girl in the case of sexual harassment. Supreme Court justices AM Khanwilkar and DY Chandrachud held their opinion against the closing of doors to make Ganediwal a High Court judge. The two also opposed making her an additional judge of the Bombay High Court in February 2019.

The Supreme Court has reportedly withdrawn its recommendation to make Justice Pushpa v. Ganediwal a permanent judge of the Bombay High Court due to her controversial orders on two sexual harassment cases.

A three-member collegium of the Supreme Court headed by Chief Justice of India SA Bobde had recommended Justice Ganediwal as a permanent judge of the Bombay High Court, according to a Bar and Bench report, but later quashed the motion. .