Ahead of Diwali, Haryana bans firecrackers in 14 districts 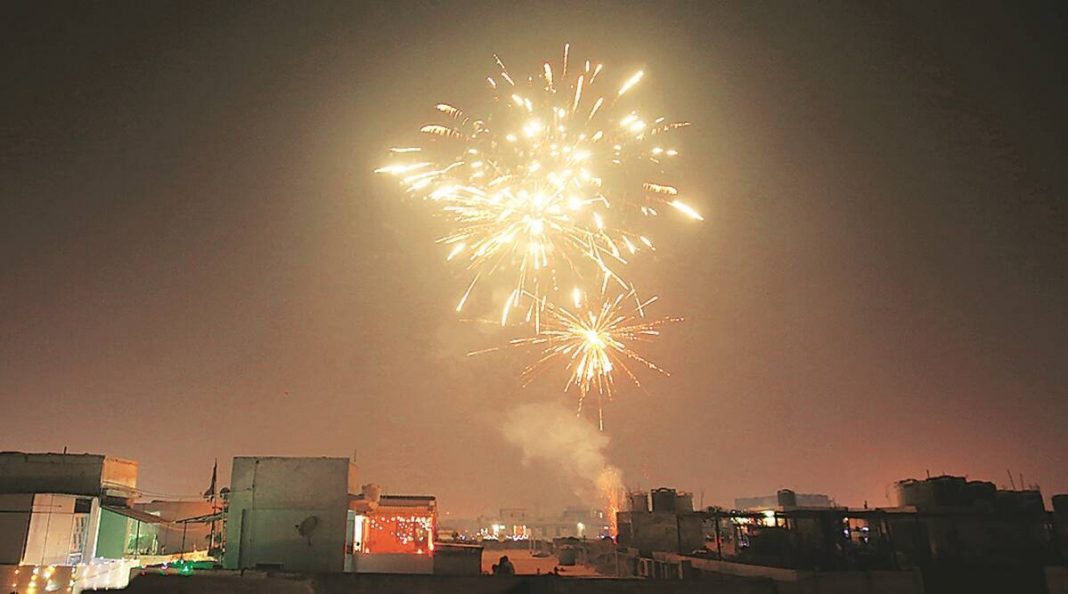 Haryana has banned the sale and use of firecrackers in 14 districts adjoining the national capital Delhi. This decision has been taken by the government sometime before the festival of Diwali. The state government gave this information by issuing a notification on Sunday. Online shopping sites cannot sell firecrackers in any way.

Bhiwani, Charkhi Dadri, Faridabad, Gurugram, Jhajjar, Jind, Karnal, Mahendragarh, Nuh, Palwal, Panipat, Rewari, Rohtak and Sonipat are among the 14 districts in the state where the sale and use of firecrackers have been banned.

The notice will also apply to cities and towns where the average air quality (as per last year’s data) during November was in the poor or above category. It has been said in the order that in cities where the air quality is medium or less, green crackers will be allowed.

The government order said, “In cities, towns and areas where the air quality is medium or below, the bursting of crackers will be allowed only during the day of Diwali or other festivals like Gurupurab from 8 to 10 pm only in the morning for Chhath. Firecrackers can be burst from 6 to 8 o’clock. On Christmas and New Year’s Eve the fireworks will start around midnight that is from 11:55 pm to 12:30 pm.”

Earlier, last month, the Delhi government had banned the use, sale and storage of firecrackers in the national capital. This step was taken amidst concerns about the pollution level reaching dangerous levels.