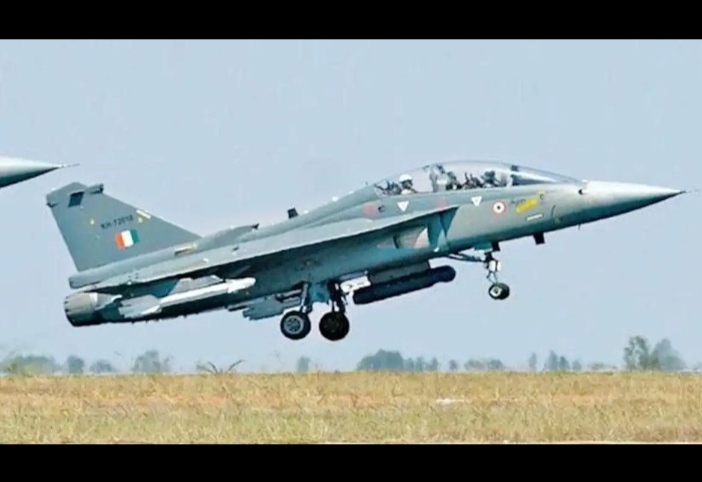 Indian Air Force fleet will soon comprise 83 Tejas aircraft. The 48 thousand crore deal of the fighter aircraft Tejas has been approved by the Cabinet Committee on Security . The CCS has approved the deal under the chairmanship of the Prime Minister. Defense Minister Rajnath Singh has given a statement on the deal. He said that this decision has been taken to strengthen the Air Force. Rajnath Singh said that this deal will prove to be a game changer in the defense sector.

Tejas can launch missiles in air-to-air and air-to-ground. Antiship missiles, bombs and rockets can also be placed in it. Tejas is made from 42% carbon fiber, 43% aluminum alloy and titanium. The Tejas is an indigenous fourth generation tailless compound delta wing aircraft. It is the lightest and the smallest of the group of fourth generation supersonic fighters. The Tejas Light Combat Aircraft (LCA) has been deployed by the Indian Air Force close to the Pakistan border on the western border.

It is superior to the Thunderbirds in almost all respects by China and Pakistan pak imitating the MiG-21.

Defense Minister Rajnath Singh made several tweets after the approval of the cabinet on this proposal. In which he told that this entire fleet is going to be the backbone of the Indian Air Force. He said that this deal will prove to be a game changer for defense manufacturing.

Defense Minister Rajnath Singh wrote the tweet that, the CCS headed by PM Modi has today historically approved the biggest indigenous defense deal. This deal is worth 48 thousand crores. This will strengthen the strength of our Air Force fleet through the indigenous ‘LCA Tejas’. The deal will prove to be a game changer for India’s defense manufacturing. Tejas aircraft are going to be the ‘backbone’ for the Indian Air Force in the coming years.