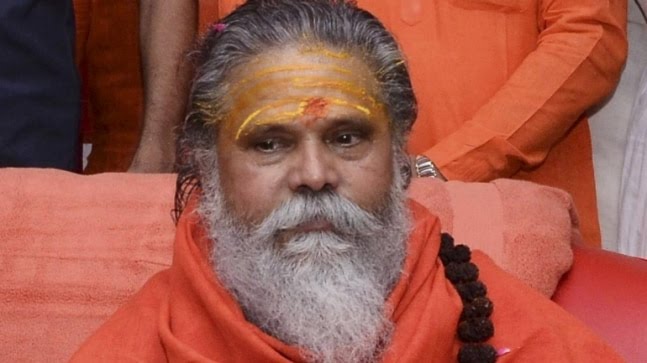 On receiving the information of the death, IG KP Singh, DIG, along with other police personnel reached the spot and started the probe. The body of the deceased has been sent for post mortem.

According to reports, a suicide note has been recovered by the police.

Police said the suicide note recovered from the room blamed ABAP president’s disciple, Anand Giri, and two others for the alleged suicide. “Based on the suicide note, we detained Anand Giri in Haridwar with help of Uttarakhand police. Anand Giri is being brought to UP for further questioning,” said Prashant Kumar, ADG (law and order), UP.

According to sources, Mahant Narendra Giri also named Adya Tiwari, the priest of Hanuman temple, and his son Sandeep Tiwari, in his suicide letter. Both the father-son duo have also been taken into police custody.

Notably, Narendra Giri was involved in a bitter property dispute with his junior Anand Giri a few months ago. The matter was later resolved supposedly in the presence of a senior police officer and two politicians.

Mahant Narendra Giri’s untimely death sent shock waves among his followers and fellow seers in Sangam city, Haridwar, and beyond.

Meanwhile, a huge crowd of devotees assembled outside the Baghambari Gaddi Math as the news of Giri’s death spread in Prayagraj.

The Vishwa Hindu Parishad has expressed its condolences over the death.

Expressing grief, Prime Minister Narendra Modi took to Twitter and said, “The death of Akhara Parishad President Shri Narendra Giri ji is extremely sad. While devoted to spiritual traditions, he played a big role in connecting many streams of Sant Samaj together. May the Lord place them at your feet. Peace!!”

“The death of Mahant Narendra Giri ji, President of Akhil Bharatiya Akhara Parishad, is an irreparable loss to the spiritual world. I pray to Lord Shri Ram to grant the departed soul a place at his feet and strength to the bereaved followers to bear this sorrow. Om Shanti,” Uttar Pradesh Chief Minister Yogi Adityanath tweeted.

The Chief Minister said “several pieces of evidence” had been collected and the “culprit will not be spared”.