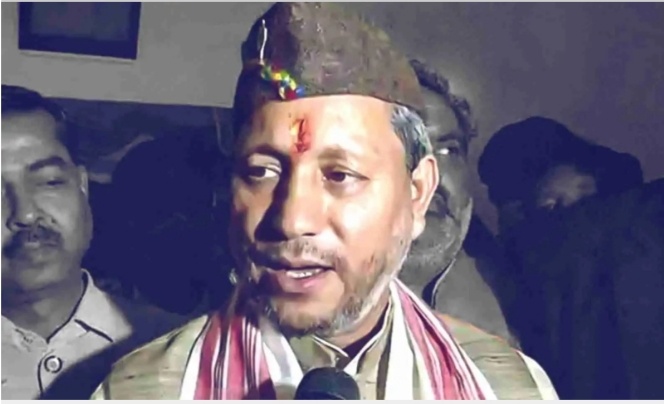 Uttarakhand Chief Minister Tirath Singh Rawat made a factual error when he said in his speech that “America enslaved India for 200 years.”

Days after his controversial “ripped jeans” remark, the CM on March 21, said, “America, which enslaved us for 200 years and ruled the whole world, is struggling to control the coronavirus pandemic.”

Addressing an event on International Forests Day in Nainital, the CM compared India with the US on the number of COVID cases and said, “The US is number one in the health sector and yet, they have over 50 lakh (Covid) deaths. They are again heading towards a lockdown.”

He further stated that Prime Minister Modi worked to save us and people also followed his (Modi) instructions of wearing masks, sanitising, washing hands and following social distancing.

He also created another flutter when he remarked on the amount of ration distributed during the COVID-19 lockdown.

He said families with two members were jealous of those having 20 members since the latter benefited most from the government ration scheme.

“(Government) assured every family gets 5 kilograms of ration per unit (during Covid time). The families which had 10 members got 50 kilograms. Those having 20 members got 100 kilograms and those families having 2 members got 10 kilograms. People stored ration and even sold it. The quality of rice was superb and people didn’t (expect) it,” the chief minister said on Sunday, according to News18.

“Just another BJP leader reminding us about the value of quality education,” Congress party office tweeted.

Rawat, who assumed office on March 10, faced criticism for his ripped jeans comment and was badly trolled on social media. Girls and women from all age groups flooded social media with pictures of them wearing ripped jeans.