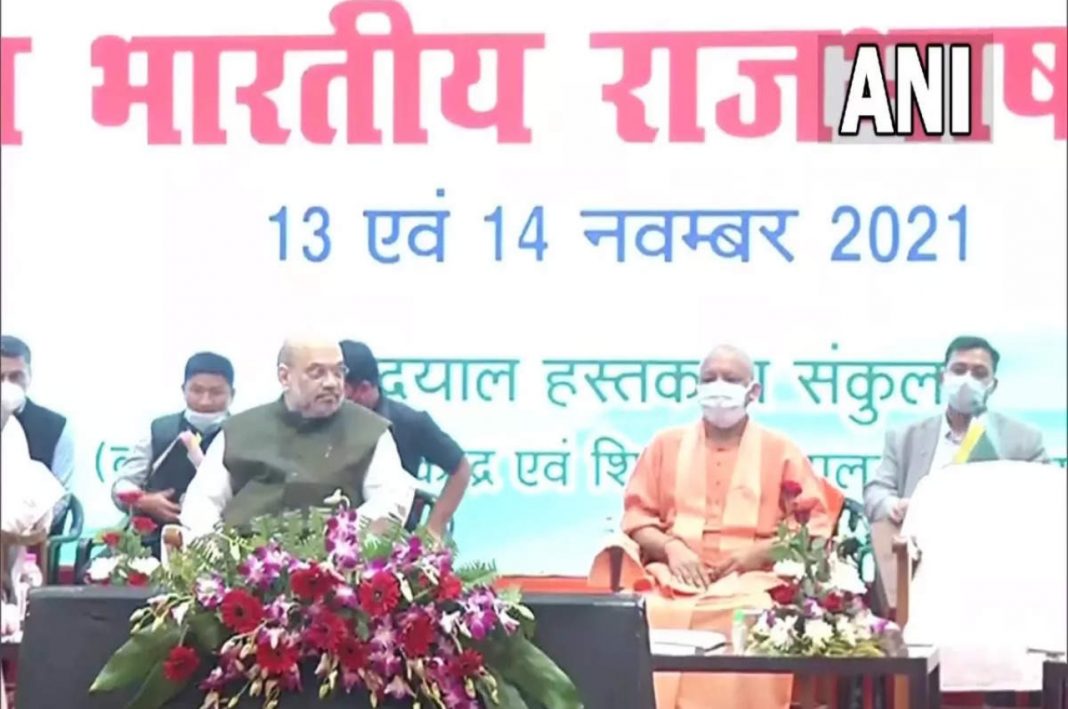 New Delhi: Union Home Minister Amit Shah attended the ‘Akhil Bhartiya Rajbhasha Sammelan’ in Varanasi on Saturday. Also in attendance at the event was Uttar Pradesh Chief Minister Yogi Adityanath. Shah is on a two-day visit to Uttar Pradesh’s Purvanchal and reached Varanasi on Friday. This is Shah’s second visit to the state in less than a month. The home minister was in the state on October 29 to launch a BJP membership drive in Lucknow.

“I love Hindi language more than Gujarati. We need to strengthen our Rajbhasha,” said the Home Minister at the Akhil Bharatiya Rajbhasha Sammelan in Varanasi

In addition, he also held a review meeting with Vidhan Sabha in charge of the Bharatiya Janata Party (BJP) in Varanasi on Friday.