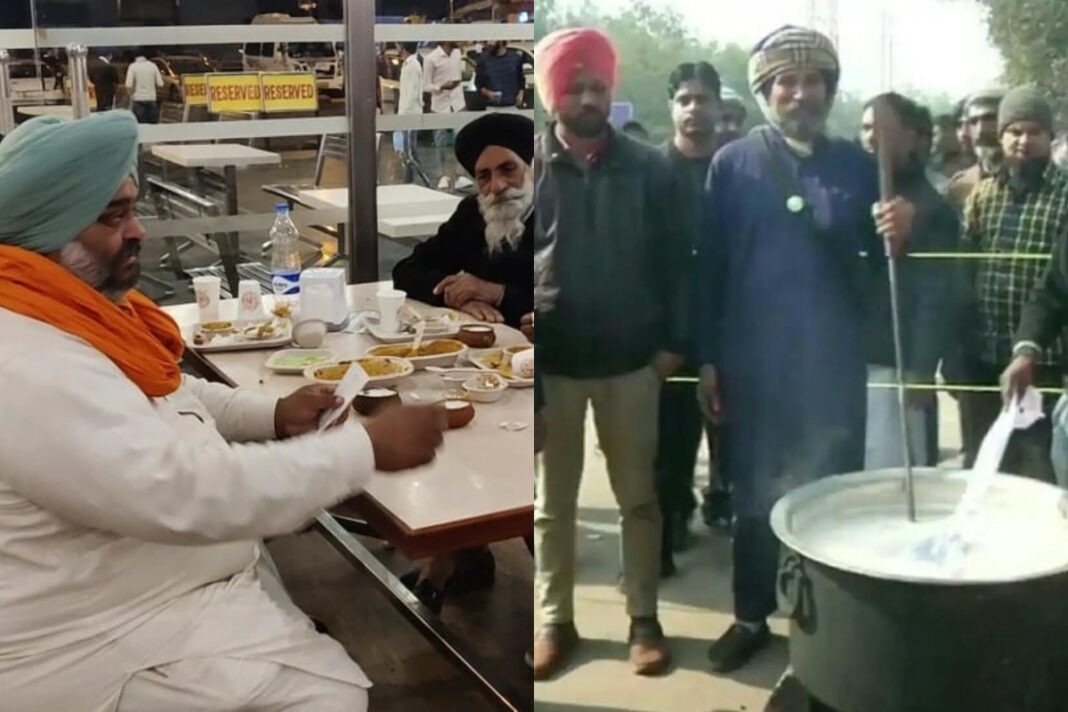 A famous eatery offered free food to farmers marching towards Delhi as the part of their Delhi Chalo march to protest against the controversial farm laws.

Amrik Sukhdev Dhaba in Murthal served free food to around two thousand farmers on Friday as they stood firm against the police personnel who blocked them from entering the national capital. “No provider is bigger than the farmer. They will have no shortage of food in Murthal,” India Today quoted the owner of Dhaba as saying.

Indian Youth Congress’ Twitter handle shared a video of the farmers eating inside the dhaba and wrote, “This is MY INDIA! Salute. Dhaba Amrik Sukhdev in Delhi Haryana border Murthal serves free food to farmers.”

In a similar gesture, mosques in Delhi also came forward to help farmers as they organized food for them, showing the rare humanitarian gesture.

Twitter user Mohammad Ajmal Khan shared a picture and wrote, ”Several Mosques in Delhi have organized food for the farmers arriving from Punjab and other states. Farmers stood by our side during CAA-NRC now it’s our turn for the sake of humanity. This very compassion & unity is bothering the intolerant rulers.”

Farmers from the states of Punjab, Uttar Pradesh, Haryana, Uttarakhand and Kerala started their march on Thursday loaded on tractors, trucks and bicycles to show solidarity against Centre’s newly introduced farm-laws.

Hours after being thrashed by tear gas, cannon of waters and other means to block the farmers, the Central government on Friday evening allowed the farmers to enter the national capital.

On Saturday, a newgroup of farmers from UP’s Meerut is also headed to Delhi to join the farmers conducting peaceful demonstrations to press the Centre to withdraw three farm laws.