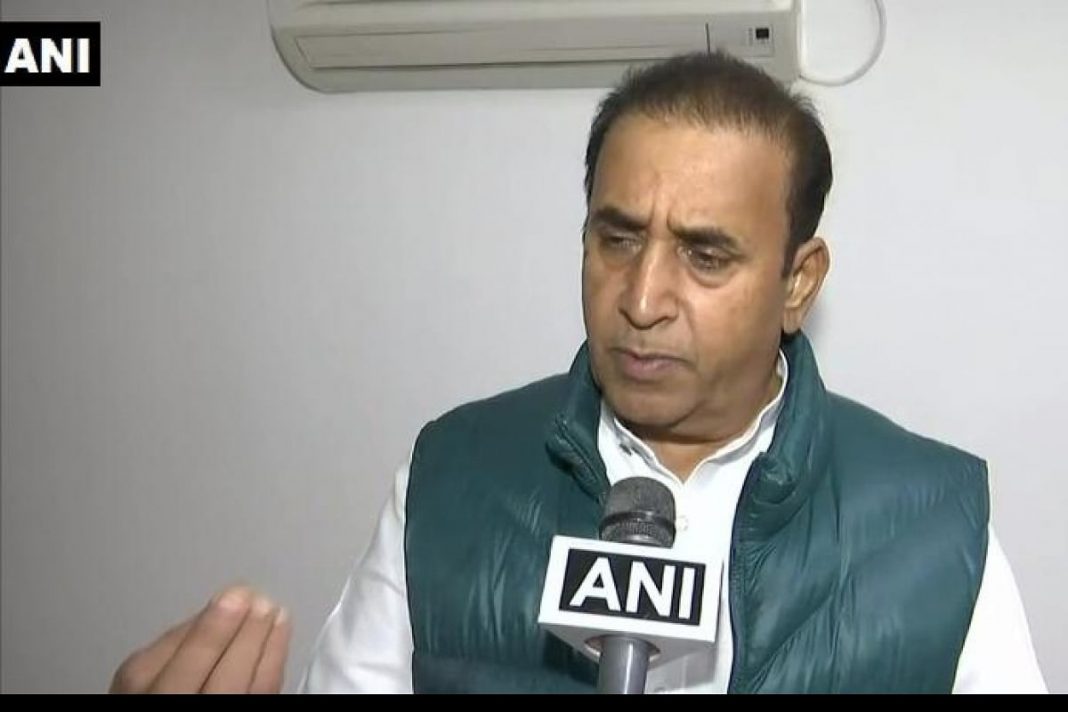 Maharashtra: CBI arrested Anand Daga who is the lawyer of the former Maharashtra Home Minister, Anil Deshmukh, for allegedly trying to subvert the Bombay High Court directed preliminary enquiry against the ex-minister notified the officials on Thursday.

“The agency brought Daga, who was arrested in Mumbai, to Delhi on a transit remand,” they said.

“The advocate is likely to get produced before a competent court along with arrested CBI sub-inspector Abhishek Tiwari, who was taken into custody on Wednesday night for allegedly receiving bribe from Daga,” added the officials.

In its FIR, the CBI has booked Daga and Tiwari in the case.”

“The CBI has registered a case against its Sub-inspector; a Nagpur based advocate and unknown others on certain allegations, including illegal gratification. During the investigation of the said case, CBI has today arrested the Sub Inspector. The said advocate is being questioned. Searches were conducted in Allahabad and Delhi,” RC Joshi, CBI spokesperson informed.

A report of the preliminary enquiry was leaked giving clean chit to Deshmukh on Saturday night causing.

The CBI began a probe into the leakage in which it emerged that findings of the PE were influenced.

“Attempt of Anil Deshmukh’s team were in contempt of the Bombay High Court which had directed that all concerned should fully cooperate with the CBI while conducting the PE. In this case it has appeared that Deshmukh’s team tried to subvert the PE,” an official told PTI.

“Their attempt could be unsuccessful because of the  procedure in the CBI of also taking evidences and legal opinion on record before the registration of the FIR,” he said.

“They could not influence people at higher level,” he added.

On the orders of the Bombay High Court, the CBI started a PE  which had issued the direction while hearing a public interest litigation on allegations of corruption against Deshmukh.

“The Preliminary Enquiry prima facie revealed that a cognizable offence is made out in the matter, wherein the then Home minister of Maharashtra, Shri Anil Deshmukh and unknown others have attempted to obtain undue advantage for improper and dishonest performance of their public duty,”  alleged the CBI FIR.

In the FIR, the CBI had booked Anil and others unidentified under IPC sections related to criminal conspiracy and sections of the Prevention of Corruption Act for attempt to obtain undue advantage for improper and dishonest performance of public duty.

He got removed after the role of policemen Sachin Waze surfaced into the case of an explosive-laden SUV which was found parked outside the residence of industrialist Mukesh Ambani. Waze was arrested by the NIA.

In his letter to Chief Minister Uddhav Thackeray, Singh had alleged that “Deshmukh had asked Waze to extort over Rs 100 crore a month from bars and restaurants of Mumbai.”

The FIR alleged Deshmukh and others exercised undue influence over the transfer and posting of officials.