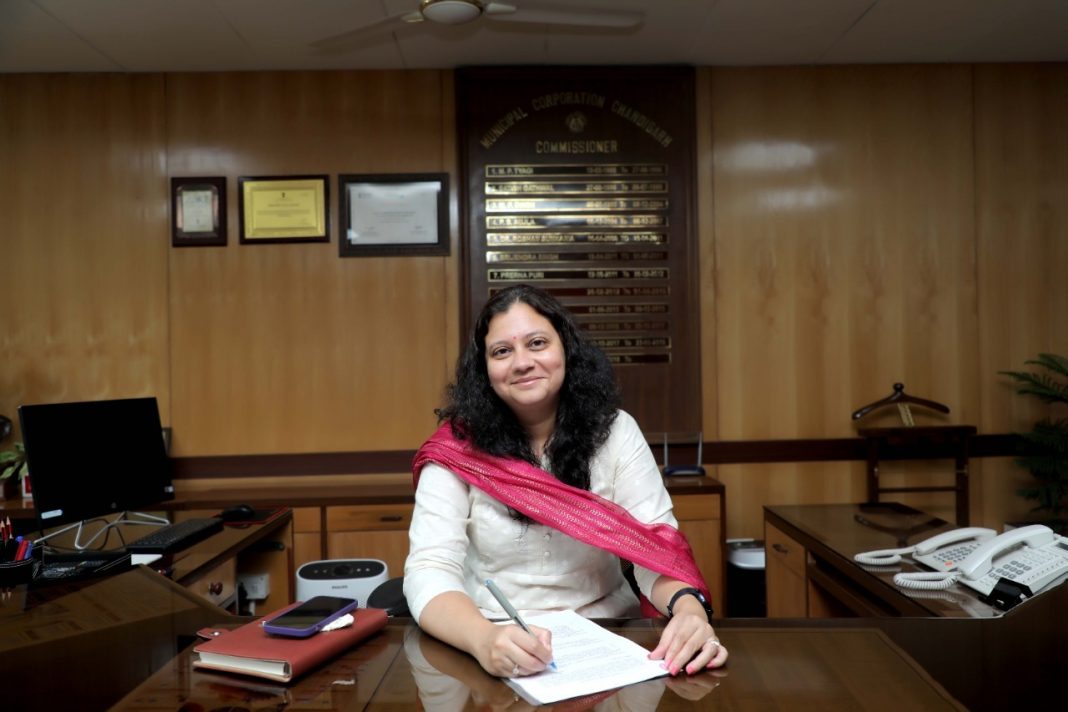 Anindita Mitra, a 2007-batch Punjab cadre IAS officer, has joined as the new Chandigarh MC Commissioner on Monday. Her joining is on an inter-cadre deputation from the Punjab cadre to the AGMUT cadre (Chandigarh segment).

Mitra will have to deal with challenges such as managing the water tariff, waste processing and Smart City and other burning issues in the city.

The incumbent Commissioner KK Yadav was officially relieved from the duties yesterday and he has also joined his parents cadre in Punjab on Monday.

Mitra, will have a three-year tenure, will be first regular IAS officer from Punjab, to serve in Chandigarh as the MC commissioner.