Support Us
More
More
HomeNATIONAnna Hazare calls off his indefinite fast after Centre assures him of...
NATION
January 30, 2021 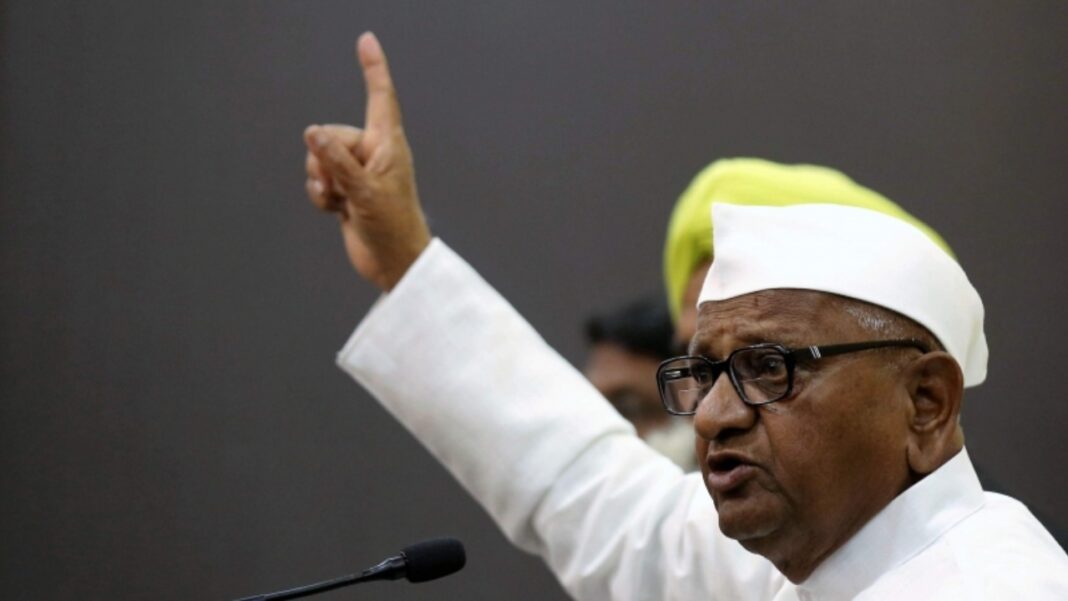 Just hours after announcing his indefinite fast in a bid to show support to farm leaders, social-activist Anna Hazare on Friday took his statement back as he called off his fast, claiming that the centre had agreed to some of his major demands.

“The Union Government has agreed to some of my demands and also announced  setting up a committee to improve the lives of farmers. I have decided to suspend my proposed indefinite fast starting from Saturday,” Hazare said on Friday.

Hazare also added that he decided to withdraw the protest call after he was told that Union Minister of Agriculture Narendra Tomar has promised to set up a high-level committee to look into the issues raised by him.

“The high-level committee will be headed by Union Minister Narendra Tomar and will have members nominated by me and a few others, including those from the Niti Aayog,” Hazare said.

“Fadnavis ji and Choudhary ji came with a message from the Union Minister, which said that there was a delay from their side but they are ready to work on the issues raised by me. I had suggested 15 points and I am confident that the committee will resolve the issues. After developing the trust about this, I have decided to suspend the agitation…,” said Hazare.

Meanwhile, announcing his strike, he had said, “I have been demanding reforms in the agriculture sector but the Centre doesn’t seem to be taking the right decisions.”

“The Centre has no sensitivity left for farmers, which is why I am starting my indefinite fast at my village from January 30,” he had added.

“Anna’s agitations are not in favour or against any political party…He criticises us on our face when he doesn’t like the policies. Making the accusations of partisanship is uncalled for,” said Fadnavis.

Devendra Fadnavis who earlier met Hazare with Kailash Choudhary said that the decision on the revision of MSP, started the Kisan Sanman Nidhi and provided funds for creating cold-storage infrastructure.

“Anna’s agitations are not in favour or against any political party…He criticises us on our face when he doesn’t like the policies. Making the accusations of partisanship is uncalled for,” said Fadnavis.