Army jawan killed, another injured in Pak firing along LoC in J&K”s Poonch

Pakistan has been targeting the hamlets in Poonch for the last five days, 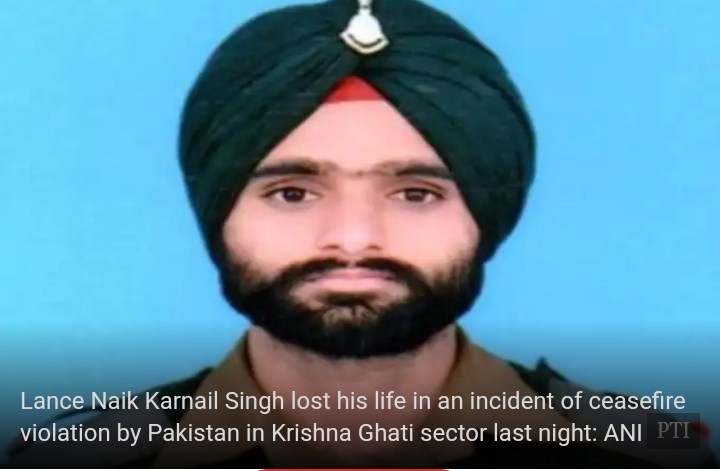 An Army jawan was killed and another injured when Pakistani troops violated the ceasefire and resorted to heavy firing and mortar shelling in forward areas along the Line of Control (LoC) in Jammu and Kashmir”s Poonch district, officials said on Thursday, according to PTI.

The Pakistan Army initiated the unprovoked ceasefire violation by firing from small arms and intense shelling of mortars along the LoC in the Mankote and Krishna Ghati sectors on Wednesday night, a defence spokesperson said.

“The general officer commanding of the White Knight Corps and all ranks salute braveheart Lance Naik Karnail Singh, who made the supreme sacrifice in the  Krishna Ghati sector in Poonch district on the night of September 30, and offer condolences to his family,” he said.

Pakistan has been targeting the hamlets in Poonch for the last five days, resulting in injuries to several animals due to shelling on Tuesday. The Pakistan Army violated the ceasefire 47 times in September, according to the source.