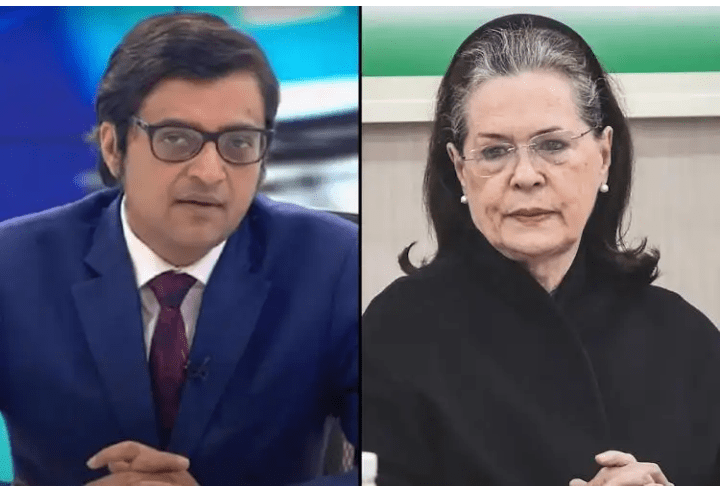 The Congress on Friday demanded a joint parliamentary committee (JPC) probe into the purported WhatsApp chats of Arnab Goswami for breach of national security and violations of Official Secrets Act and book those involved.

The Congress Working Committee, the highest decision making body of the grand old party, passed a resolution to this effect.

The Congress Working Committee  chaired by Sonia Gandhi earlier discussed the issue along with that of the farmers’ agitation and the COVID-19 vaccination drive and passed three resolutions on each of them.

“The CWC demands a time-bound investigation by a Joint Parliamentary Committee to enquire into the breach of national security, violations of Official Secrets Act and the role of the persons involved. Ultimately, those who are guilty of treacherous behaviour must be brought before the law and punished,” the CWC resolution said.

Meanwhile, Congress workers and leaders held protests against Arnab and BJP across Maharashtra including outside the Republic TV headquarters in Mumbai’s Lower Parel. Accusing Arnab of being a ‘traitor’, the protestors demanded that he be booked under sedition for “using the sacrifice of the CRPF jawans martyred in Pulwama attack for financial gain by boosting TRPs”.

Addressing the media after the CWC, Congress General Secretary (Organisation) KC Venugopal said, “The CWC expressed its concern at the recent revelations exposed in the sordid conversations that have undoubtedly compromised national security. It is clear that among those involved are persons in the highest echelons of government and there has been a breach of secrecy concerning vital and sensitive military operations.”

Addressing a joint press conference, Congress leaders K C Venugopal and Randeep Surjewala said elections to the CWC will also be held but it remains to be seen whether they can be scheduled before or after the election to the Congress chief’s post.

Sources said the Central Election Authority has proposed the holding of polls for electing the party president and AICC session on May 29 and the working committee discussed the dates, but authorised Sonia Gandhi to schedule them after the assembly polls.