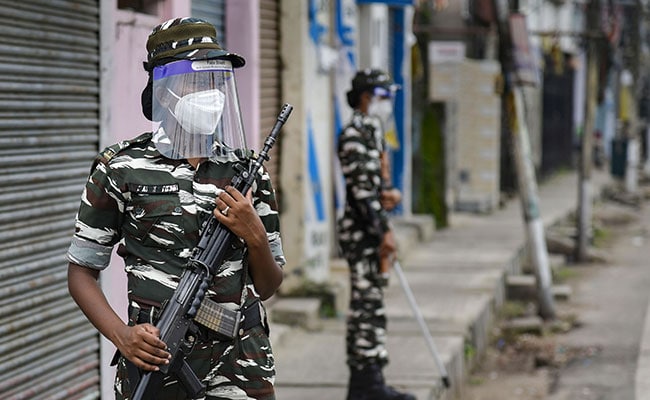 Assam has further extended the existing “disturbed area” status of the state for another six months from August 28 under the Armed Forces (Special Powers) Act (AFSPA).

“The Government of Assam in the exercise of powers conferred by Section 3 of the Armed Forces (Special Powers) Act, 1958 has declared the entire State of Assam as “Disturbed Area” up to six months with effect from 28-08-2021 unless withdrawn earlier,” said an official statement.

However, the statement did not mention any reason for the extension of the AFSPA in the state.

Earlier, in February, ahead of the assembly elections in the state, Assam governor Jagdish Mukhi had declared the entire state as a ‘Disturbed Area’ for six months starting February 27.

“As per powers conferred under Section 3 of the Armed Forces (Special Powers) Act, 1958, the Governor of Assam has declared the entire state of Assam as ‘disturbed area’ up to six months beyond February 27, 2021, unless withdrawn earlier,” stated the earlier press release issued by the state government.

AFSPA was enacted in 1990 in the state following intense insurgent activities and several killings. Since then, the act has been extended every six months after the review from the state administration. Recently, suspected militants had killed five people and torched several trucks in the Dima Hasao district in the state. The Economic Times reported that the latest extension is supposedly after this incident.

Meanwhile, activists are demanding the withdrawal of the ‘draconian law’ from all the northeastern states.

The Armed Forces Special Power Act (AFSPA) gives military officials special powers to apprehend suspects in ‘disturbed areas’ due to insurgent activity. It empowers a commissioned officer, warrant officer, non-commissioned officer, or any other person of equivalent status to use force against anyone acting in violation of the legislation in effect for disturbed regions, as well as to arrest suspicious individuals without a warrant.

The armed forces are empowered to destroy any structure suspected to be an arms dump or where armed violence is likely to occur. The act bars proceedings against the armed forces officials without the Centre’s nod for actions committed.