Bajrang Dal supporters protest against demolition of temples in Pakistan 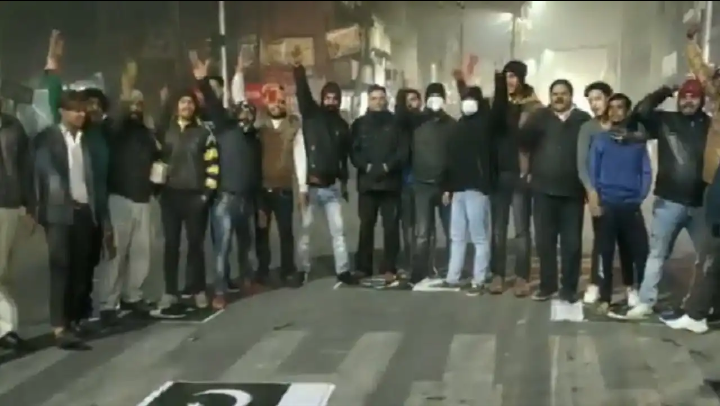 Bajrang Dal supporters in  Aligarh on Saturday protested against the demolition of Hindu temples in Pakistan by raising slogans against Pakistan.

The Protesters raised slogans against the Pakistan government and condemned the attack on temples there.

The video of the temple vandalisation at Terri village in Khyber Pakhtunkhwa’s Karak district of Pakistan was being shared widely on social media.

In a shocking incident of religious intolerance in Pakistan, a shrine of Hindu saint Shri Paramhans Ji Maharaj in the Terri village of the Karak district was desecrated and set on fire by a mob on Wednesday.

Reportedly, there was an opposition to the expansion work of the temple. Strongly condemning the incident, Pakistan’s Parliamentary Secretary for Human Rights Lal Chand Malhi claimed that some people were trying to defame the country.

Meanwhile, KP Chief Minister Mahmood Khan termed the attack on the temple as “an unfortunate incident” and directed the immediate arrest of the culprits.

The Pakistani Police had taken 26 people into custody in connection with vandalisation of a Hindu temple in northwest Pakistan. Those arrested belonged to a radical Islamist party.