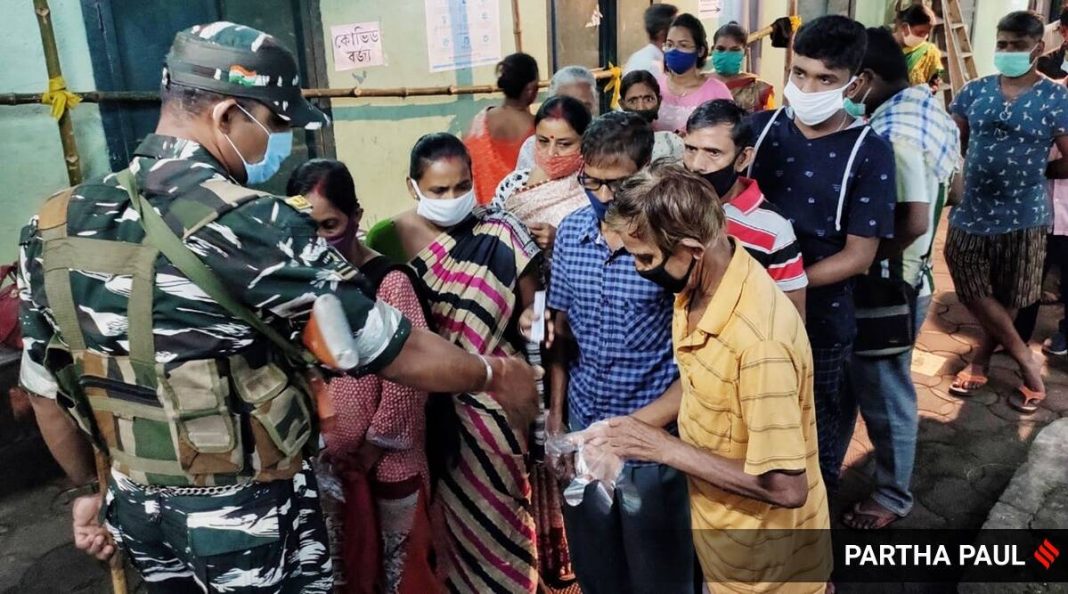 Voting for by-elections to Bhabanipur Assembly seat has begun from 7 am amid tight security and necessary arrangements to conduct the polls. In Bhabanipur, West Bengal Chief Minister Mamata Banerjee is also contesting. Apart from Bhabanipur, voting also began in Jangipur and Samserganj constituencies in Murshidabad district. BJP candidate for Bhabanipur, Priyanka Tibrewal alleged that Trinamool Congress (TMC) was purposely shutting voting machines at a polling booth of ward number 72 and was an attempt at capturing the booth.

Meanwhile, to maintain the security, as many as 72 companies of central forces have been deployed in the three constituencies, of which 35 are stationed in Bhabanipur alone, officials said. Prohibitory orders under Section 144 of the CrPC have also been imposed within 200 metres of the polling centres.

The Mamata Banerjee-led TMC registered a landslide victory in polls winning 213 seats in the 294-member West Bengal assembly. The BJP lost the polls but emerged as the second-largest party with 77 seats.