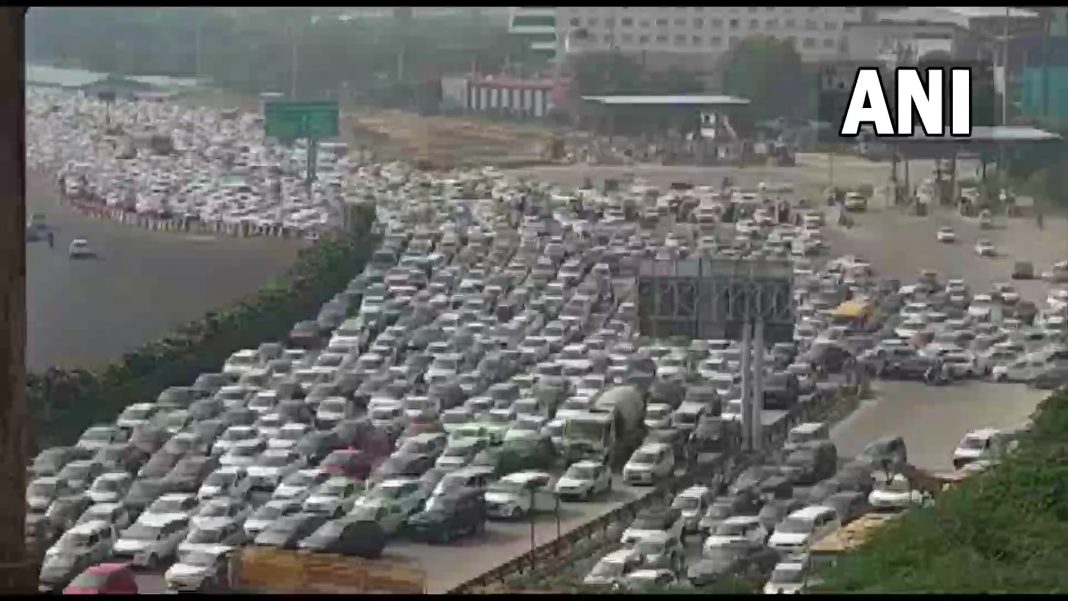 The Delhi-Gurugram border saw a significant 1.5 kilometre traffic jam in the morning on the day of the Bharat Bandh organised by farmer groups to mark one year since the passage of the Centre’s three farm laws.

Vehicles entering the national capital are being checked by Delhi Police and paramilitary jawans, in wake of Bharat Bandh.

A heavy presence of security personnel was also seen at the Delhi-Gurugram border.

Apart from the central forces, the Delhi Police and the Gurugram Police personnel have barricaded the border. Due to this only two lanes from Jaipur towards Delhi were opened for commuters entering Delhi. The traffic movement on the National Highway-48 was slow and the vehicles were moving bumper to bumper. 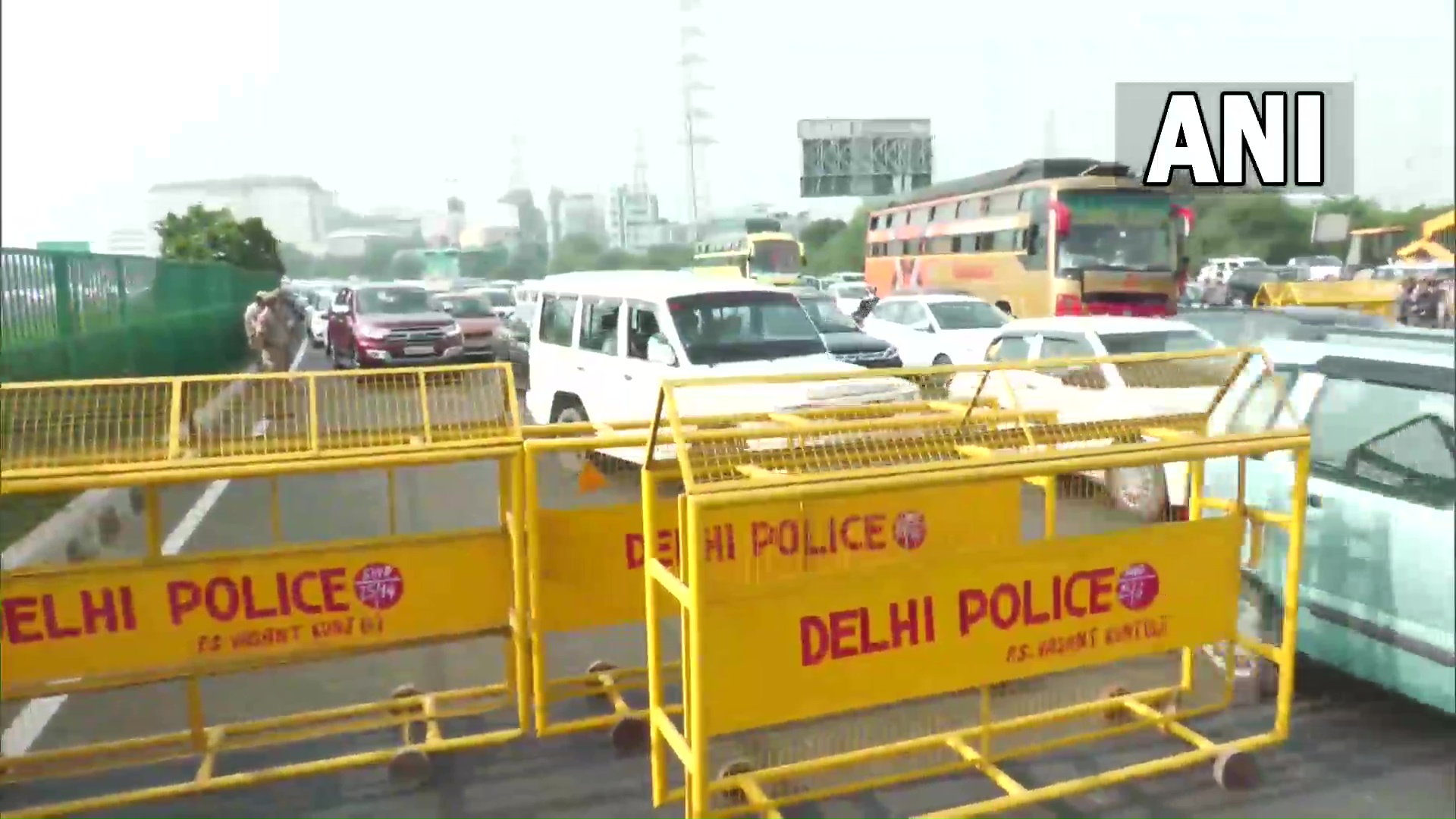 The officials of the Gurugram traffic control room said that the vehicles movement on the expressway was slow due to the barricades erected by the Delhi Police on the Delhi-Gurugram border and near the Rajokri flyover.