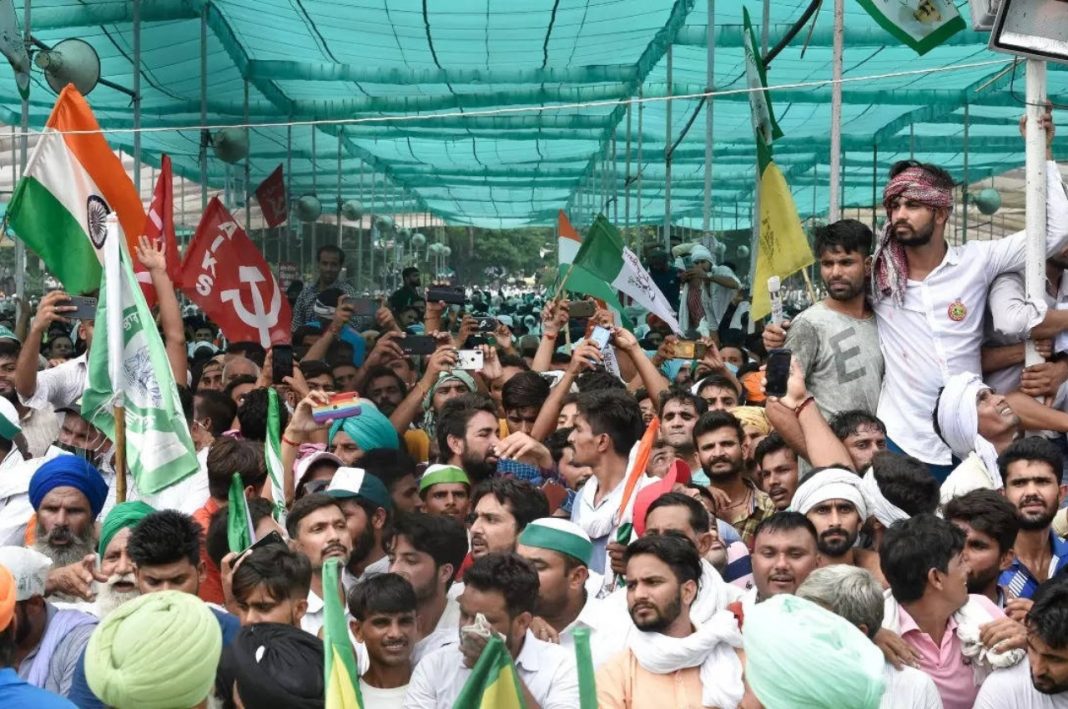 New Delhi: Delhi Police on Monday closed traffic movement towards Ghazipur from Uttar Pradesh keeping amid farmers’ call for Bharat Bandh on 27 September, today. The Samyukt Kisan Morcha (SKM), a coalition of farmers’ unions, has called a Bharat Bandh today to mark the first anniversary of the enactment of the three farm laws. In view of the event, a nationwide strike from 6 am to 4 pm will be observed, SKM said.  All government and private offices, educational and other institutions, shops, industries and commercial establishments as well as public events and functions will be closed throughout the country during this period, the SKM said.

“Traffic movement has been closed from UP towards Ghazipur due to protest,” tweeted Delhi Traffic Police.

“At all locations where farmers are protesting, forces have been deployed since 5 am. Farmers’ protests are peaceful, so forces have also been told to not behave untowardly with them and bring to my notice if something happens,” Police Inspector Sanjeev Kumar said.

Bharatiya Kisan Union (BKU) leader Rakesh Tikait has urged people to come out of their houses after lunchtime and appealed to the shopkeepers to keep their shops closed for now and open only after 4 pm.

The traffic movement has been closed from Uttar Pradesh towards Ghazipur due to farmers’ protests at the border.