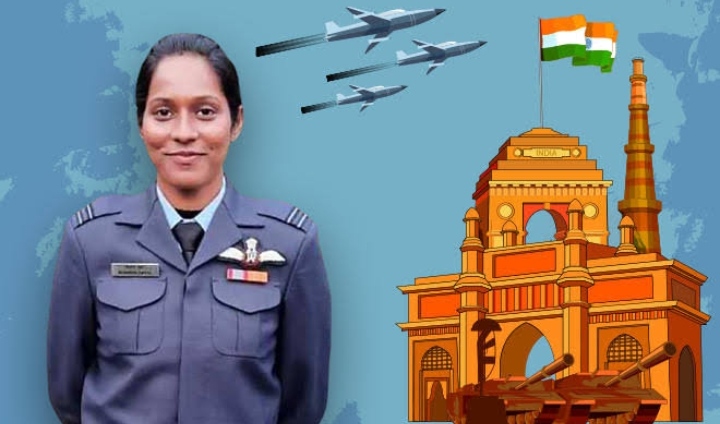 Bhawana Kanth will be the first female fighter pilot to participate in the Republic Day parade. She was also awarded the Nari Shakti Puraskar by the hands of President Ram Nath Kovind last year.

This year will be the part of the tableau to be carried out in the Republic Day parade, whose theme is Make in India.

28-year-old Bhawana Kanth is one of the three women in the Indian Air Force fighter pilot team. She joined the Air Force in 2016 along with Avni Chaturvedi and Mohana Singh. Hailing from Darbhanga, Bihar, Kanth was born in Begusarai and did her schooling from Barauni Refinery DAV Public and did engineering from BMS College, Bengaluru. She wanted to become a pilot since childhood. In the year 2018, she made history by flying solo fighter aircraft. During this time she fly fighter aircraft (MiG-21) for 30 minutes. She became the second female pilot of the Indian Air Force to do so. Earlier, the flying officer Avni Chaturvedi did this by flying the MiG-21 Baijan aircraft alone.

Bhawana expressed her happiness that she has been watching the parade of Republic Day celebrations on TV since childhood. But this time, she is getting a chance to participate in this parade himself. Bhawana said that it is a matter of pride for her to attend the Republic Day Parade. She is busy preparing for this and she sincerely hopes that she will live up to the expectations of the people. Bhawana said that she wants to fly the other aircraft along with Rafale and Sukhoi in the Republic Day Parade.

Union Health Minister Dr Harsh Vardhan has congratulated Bhawana Kanth for this achievement. He tweeted and wrote, ‘Bhawana is going to be the first female fighter pilot to participate in the Republic Day Parade. This is a proud moment for the whole country ‘.

Bhawana is currently posted at an airbase in Rajasthan, where she flies a MiG-21 Bison fighter plane. On the occasion of International Women’s Day in the year 2020, President Ramnath Kovind honored Bhavna with the Nari Shakti Puraskar.