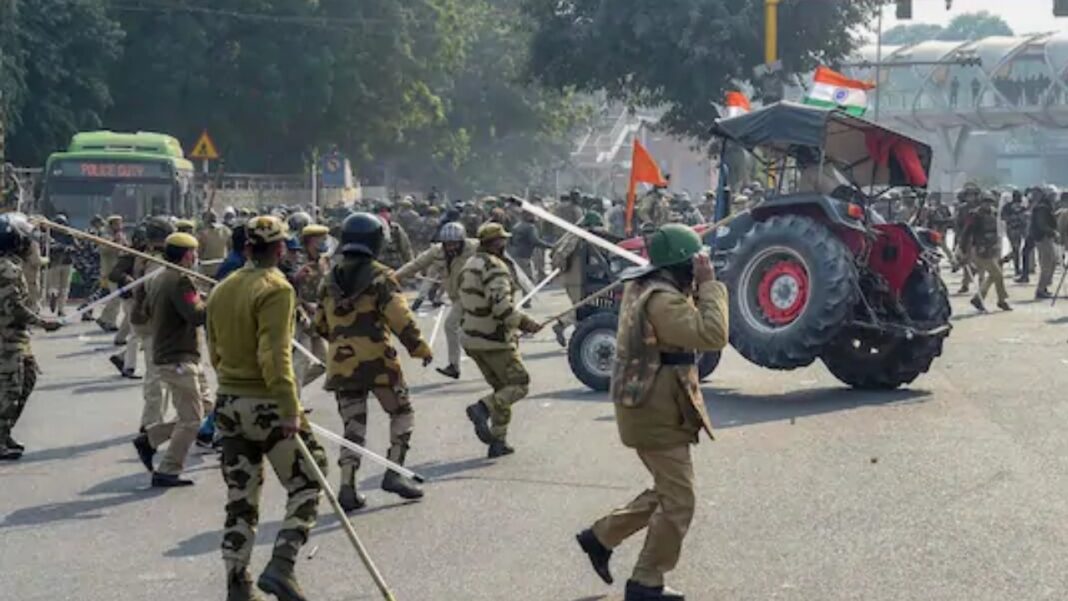 The Aam Aadmi Party has claimed that the violence that took place on January 26 was pre-planned by the Bharatiya Janata Party along with Delhi Police in a bid to discredit and defame the farmers’ agitation that has being carried out against the Centre’s newly introduces farm laws.

Briefing a press conference on Saturday, AAP spokesperson Saurabh Bhardwaj said that BJP leaders are the ‘greatest anti-nationals’, while demanding an NIA probe and sedition cases against them.

As of now, the BJP has not reacted to the claims.

“Police and BJP together scripted the violence of January 26 and the days after. This script was prepared by the BJP with the help of Delhi Police to defame and discredit the farmers’ movement,” the AAP leader claimed.

He further added that on Republic Day, BJP agent Deep Sidhu, who has been actively participating in farmers’ movement, was allowed by the Delhi Police to start his march to enter the National Capital much before the farmers. While Farmers kept fighting with the police to enter Delhi. Deep Sidhu was already strolling out and about in the city.

After permission from the state police, the farmers were allowed to conduct a peaceful tractor march in Delhi on January 26. However, the protest turned violent when Deep Sidhu, a Punjabi actor and activist, entered the Red Fort to hoist the flag. His provocative speech at the historical monument was also condemned by many. This led many farmers’ unions to disassociate themselves with Sidhu.

Meanwhile, the AAP spokesperson also claimed that it was BJP Goons and not local resident who attacked farmers at the Tikri and Singhu borders on Saturday.

“To push their divisive agenda, the BJP set up this script. Immediately after the event, if you see the chronolgy, you will understand how the events unfolded.”

“Suddenly some people arrive and talk about some panchayat where a decision was taken to push these protestors out of the borders. I am from Delhi but I have not heard about any such panchayat from the local people who want the farmers to leave the borders,” he said.

The APP leader further added that assaulting farmers at Singhu and Tikri border was all pat of the plans otherwise how could these people reach the protest venue amid the heavy security deployed by Delhi police.