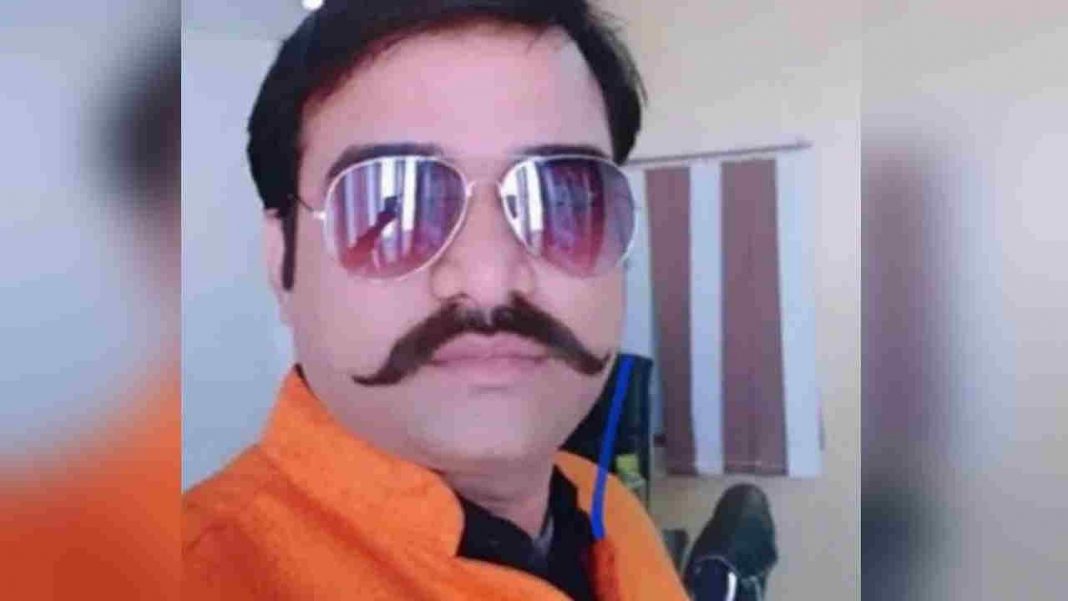 In the Manish Gupta murder case, an absconding inspector and outpost in-charge of one lakh absconding has been arrested. Police arrested him after raiding a hotel in Gorakhpur. Police Inspector Jagat Narayan Singh and Sub Inspector Akshay Mishra are accused in the death case of Manish Gupta. Both have been arrested by the police from the hotel. Both were on the run after allegations of Manish Gupta’s death were made. But now both are in the custody of the police. Manish, a resident of Kanpur, went to Gorakhpur with his friends on the night of 27 September. He was staying in a hotel. Then the police had reached there to check. In the name of checking, the police had brutally beaten up Manish and his friends. Manish was killed in this beating. Some policemen were accused of death.

Made the policemen (UP Police) a murderer. In most of the complaints that came to the police station, GN Singh continued to bear the scars of recovery. GM Singh never tried to explain these stains. GN Singh has been openly accused in the matter of land grabbing or vacating. Not only this, many complaints even went to the CM. From there action was called for. But the action was suppressed in the name of investigation.

During the tenure of GN Singh, there was a lot of discussion about three cases of land dispute. Archana Singh, wife of Satish Singh, a resident of Ramjanki Nagar, had given an application on June 15 in the CM office located at Gorakhpur temple. It is alleged that whenever she used to go for construction on the land taken in the year 2013 in Ramgarhtal area, some people used to beat up her laborers and drive them away.

Must Read – http://Crowd used to tease Pant with “Mahi Mahi” chant during his initial days

Kanpur-based property dealer Manish Gupta was killed due to an alleged beating in the custody of Ramgarhtal police station in Gorakhpur district. According to the owner of Krishna Palace Hotel, Inspector JN Singh and his team came at around 12.04 in the midnight and ordered the hotel manager Adarsh Pandey, who was present at the reception, to search the rooms. The policemen had found out by looking at the register that there are three guests in room number 512, they have come from different cities. The policemen went inside the room and the door was closed, what happened after that the staff did not know.

The hotel owner had told that after some time the policemen were taking Manish Gupta by hanging. Two policemen held hands. At the same time, two of his staff were called and asked to hold their feet. There was also a recording in the CCTV footage of taking him outside to the car, but it was taken away by the policemen. The shocking truth was revealed in Manish’s postmortem report. The postmortem of Manish’s body was done by a special panel of doctors. Since the matter was of suspicious death in police custody, videography of the postmortem process which lasted for several hours was also done.

The post-mortem report revealed that Manish has serious injury marks on his head, face and body. Manish was hit hard on the front side of the head, due to which blood was bleeding from near his nose. A case of murder has been registered against six policemen in this case.