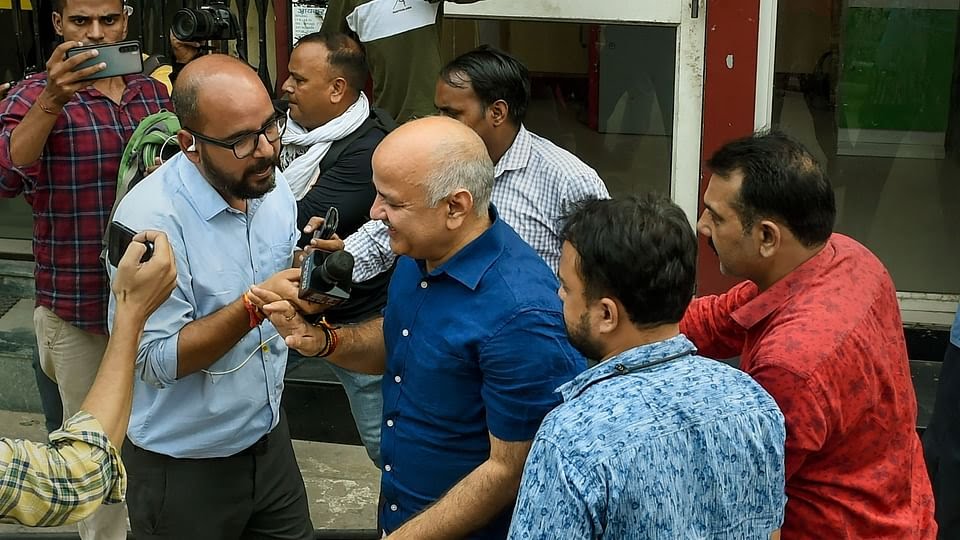 The CBI has given him a “clean chit” following its search of his locker, Delhi Deputy Chief Minister Manish Sisodia said on Tuesday after a team of the probe agency went through his locker for about two hours.

Sisodia and his wife were present as the four-member team conducted the search at a Punjab National Bank branch in Vasundhara, Ghaziabad, on the outskirts of the national capital.

CBI officials searched Sisodia’s locker amid chaos reigning outside the bank as camera crews jostled with each other and curious crowds gathered to see what was happening.

“Nothing was found in my bank locker today just like nothing was found at my residence during the CBI raid. I am happy that I have got a clean chit. The CBI officials treated us well, and we also cooperated with them. Truth has won,” Sisodia told reporters outside the bank.

“The locker has jewellery worth about ₹70,000 belonging to my kids and wife. I am happy that the prime minister got my home raided, my locker searched, but nothing was found,” he added.

He also attacked the Bharatiya Janata Party (BJP), calling it a “bacha chor party”, in a reference to the arrest of a BJP corporator in the kidnapping case of a seven-month-old baby in Uttar Pradesh.

A day earlier, Sisodia had “welcomed” the CBI to conduct a search of his locker and had said that nothing incriminating would be found in it.

Sisodia on Monday tweeted, “Tomorrow CBI is coming to look into our bank locker. Nothing was found in the 14-hour raid at my house on 19th August. Nothing will be found in the locker either. Welcome, CBI. I and my family will fully cooperate in the investigation.”