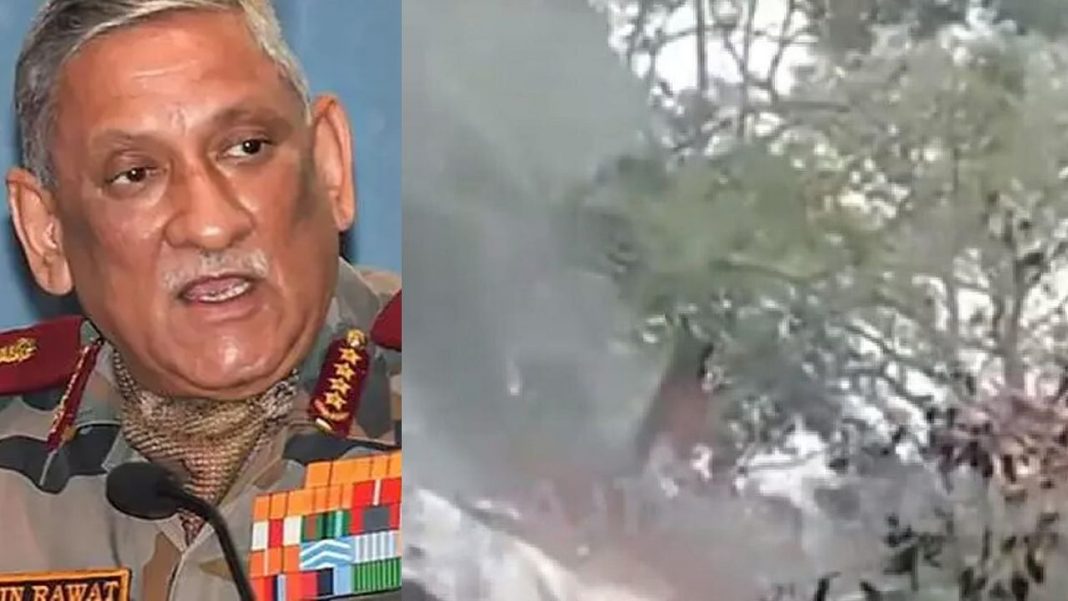 “With deep regret, it has now been ascertained that Gen Bipin Rawat, Mrs Madhulika Rawat and 11 other persons on board have died in the unfortunate accident,” an official communique from IAF read.

Along with CDS Rawat, one of his family members, and several of his staff members, including his Defence Assistant, security commandos and other Air Force personnel, were also aboard.

According to the reports, five people have died and four are in hospital with severe burn injuries. News agency ANI, quoting sources, said the injured are the military hospital at the Wellingdon base.

The chopper crashed shortly after it took off from an Army base in Sulur near Tamil Nadu’s Coimbatore. It was heading to Wellington in Udhagamandalam, where a Defence Services Staff College is located.

The Indian Air Force earlier confirmed that the CDS was on- board an IAF Mi-17V5 helicopter that met with an accident earlier today near Coonoor, Tamil Nadu. The IAF has ordered an inquiry into the accident.

“An IAF Mi-17V5 helicopter, with CDS Gen Bipin Rawat on board, met with an accident today near Coonoor, Tamil Nadu. An Inquiry has been ordered to ascertain the cause of the accident,” tweeted IAF.