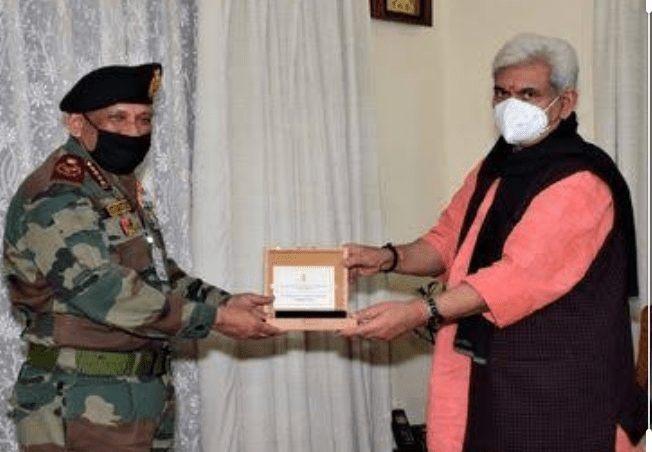 Chief of Defence Staff (CDS) General Bipin Rawat on Tuesday called on Lieutenant Governor Manoj Sinha and discussed with him the present security situation in Jammu and Kashmir, a Raj Bhawan spokesperson said.

General Rawat and the L-G discussed several issues regarding the present security situation in the Union Territory. The two also discussed the important issues pertaining to internal and external security management, he said.

General Rawat completed his two-day visit to the forward military posts in Ladakh sector along China border today and interacted with Army soldiers. He complimented them for their high morale and enhanced operational readiness, as per Headquarters Integrated Defence Staff.