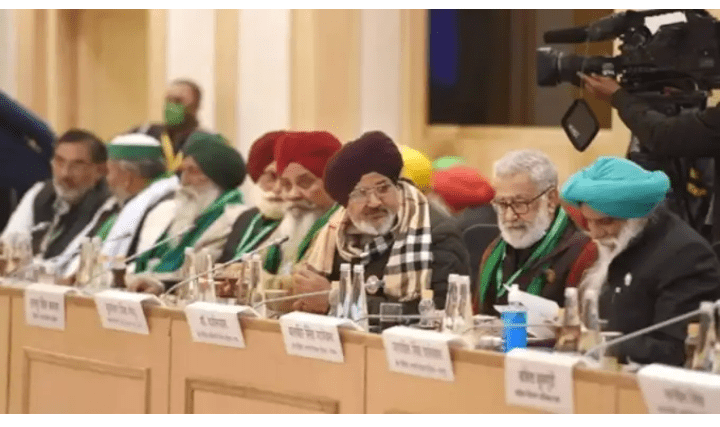 Yielding some ground to end the nearly two-month-long protest by thousands of farmers on the national capital borders, the government on Wednesday (January 20) proposed to suspend the three contentious farm laws for 1-1.5 years and set up a joint committee to find an amicable solution in the interest of the farming community.

But farmer leaders did not immediately accept the proposal and said they will revert after their internal consultations, which is slated to be held on Thursday (21 January). The next round of discussions with the Centre has been scheduled for 22 January.

The tenth round of talks was initially scheduled on 19 January but later got postponed to Wednesday.

Earlier in the day, the Supreme Court issued a notice to the Centre on an application filed by a farmers’ group seeking the reconstitution of the committee to help resolve the deadlock over the new laws. The court also refused to pass orders on the Centre’s petition to stop the farmers’ planned tractor rally on Republic Day.

The three laws have already been stayed by the Supreme Court till further orders and a committee of experts has been formed to resolve the deadlock.

The panel has been asked by the apex court to submit its report within two months after consulting all stakeholders.

The committee held its first meeting on Tuesday and will begin its consultations with farmer groups and others from Thursday.

After the meeting, Bharatiya Kisan Union (Ugrahan) president Joginder Singh Ugrahan said, “The government proposed to suspend the farm laws for one and a half years. We rejected the proposal but since it has come from the government, we will meet tomorrow and deliberate over it.”