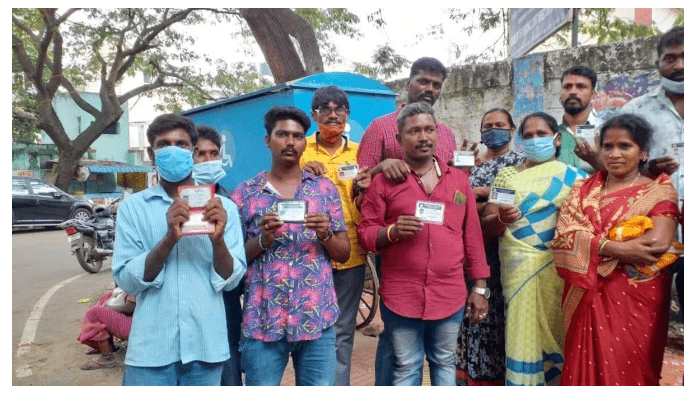 Over 700 sanitation workers who diligently extended their services throughout the pandemic were reportedly sacked in Tamil Nadu, by the Greater Chennai Corporation, without any notice period on Tuesday.

The move comes ahead of the most awaited festival Pongal. The state government drew flak from various quarters with enraged frontline workers holding protests, reported The News Minute.

Speaking to the media, many of the workers said that they had been working for 10 to 12 years with the civic body. Others pointed out that they had even contracted COVID-19 on the job, but came back to work immediately after recovery.

DMK senior leader and MP Kanimozhi on social media said, “Covid warriors are celebrated across the state but the EPS government has decided to terminate the services of 700 sanitary workers in Chennai.”

“Firing them without even a notice period, especially when unemployment is rife, is cruel given we depended on them during the pandemic,” said Kanimozhi further taking a jibe at the state government, “This is the gratitude they get, specifically on the eve of Pongal,” she added.