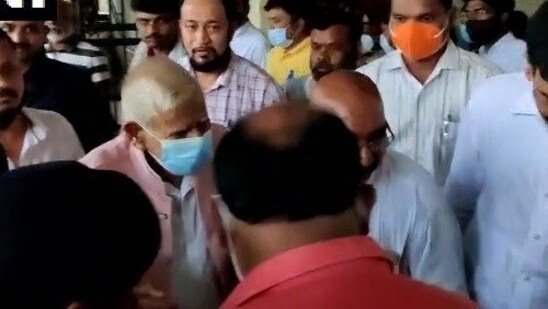 Agarwal said he was produced in a court and sent to jail. The 86-year-old Nand Kumar Baghel was booked last week for allegedly saying that Brahmins should be boycotted.

According to officials, a case for promoting enmity between different groups was registered against the CM’s father on the complaint of the Sarv Brahmin Samaj.

“A case was registered under Indian Penal Code Sections 153-A (promoting enmity between different groups on grounds of religion, race, place of birth, residence, language) and 505(1)(b) (with intent to cause, or likely to cause, fear or alarm to the public, or to any section of public whereby any person may be induced to commit an offence against the state or against public tranquillity) against Nand Kumar Baghel (86),” Ajay Yadav, a senior police official, said on Saturday.

The CM had strongly disapproved of the objectionable remarks allegedly made by his father and asserted nobody is above law.

The Chief Minister further said his government respects every religion, caste and community and their sentiments, and gives equal importance to everyone.

He was produced in the court of Judicial Magistrate First Class (JMFC) Janak Kumar Hidko who sent him to 15-day judicial custody, he added.

According to police, the octogenarian did not apply for bail.