Support Us
More
More
HomeNATIONChina says 'construction of village within its own territory' is 'normal'.
NATION
January 21, 2021

China says ‘construction of village within its own territory’ is ‘normal’. 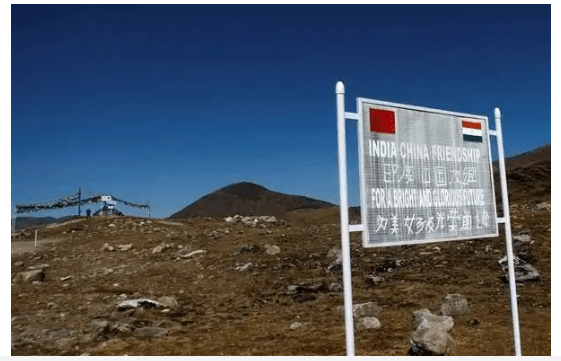 Amid furore in India over reports of construction of a Chinese village in Arunachal, Beijing has said that ‘construction of village within its own territory’ is ‘normal’. The Chinese Foreign Ministry said that development and construction is beyond ‘reproach’.

China claims Arunachal Pradesh as part of southern Tibet while India’s consistent stand has been that the north-eastern state is an integral and inalienable part of the country.

China has constructed a new village consisting of 101 homes, approximately 4.5 kilometres within the Indian territory in Arunachal Pradesh, NDTV reported on Monday, citing satellite images accessed by it.

The village, located on the banks of the River Tsari Chu, in the Upper Subansiri district of the state could not be seen in satellite images of the same area taken in August 2019, suggesting that the construction was done at some point since then, according to the television channel.

In a cautious reaction to the report, India on Monday said it kept a constant watch on all developments having a bearing on the country’s security, and took necessary measures to safeguard its sovereignty and territorial integrity.

The Ministry of External Affairs in New Delhi said India had stepped up the construction of border infrastructure, including roads and bridges for the improvement of livelihood of its citizens.

“Government keeps a constant watch on all developments having a bearing on India’s security and takes all necessary measures to safeguard its sovereignty and territorial integrity,” it said.