CJI calls for 50% representation for women in judiciary 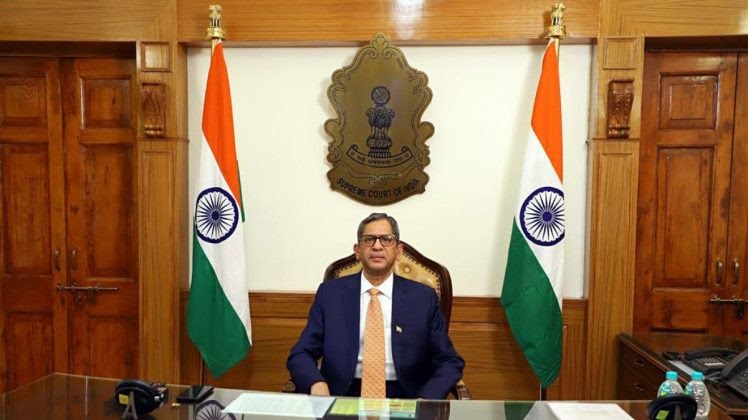 A representation of 50 per cent women in the judiciary is not a matter of charity but of right, Chief justice of India (CJI) NV Ramana said on Sunday. adding that he is “forcing the executive for applying necessary correctives.”

“Enough of suppression for thousand of years. It’s high time we have 50 percent representation for women in the judiciary it’s your right said at a function organized by women lawyers of the supreme court to facilitate the nine newly appointed judges including three women judges.

“I don’t want you to cry but with anger, you have to shout and demand that we need 50% reservation with the help of all of you, we may reach this goal in the apex court and other courts. I don’t know whether I will be here or somewhere else. That day I will be definitely be happy”, CJI said.

He informed that in lower level women’s representation was below 30%. In high courts and in the supreme court. it is around 11-12 per cent.

Of India’s 1.7 million advocates, only 15 per cent are women, they make up only 2 per cent of the elected representatives in the State Bar Councils, and there are no women members in the Bar Council of India, he said.

Former Additional Solicitor General of India Pinky Anand said that the appointed should be on merit. “We want to be part of the system but to have equality and equity in this structure,” she said.

Senior advocate Vikas Singh stated that lady lawyers need to be given higher representation. He said that there should be a system for elevating female lawyers.

Senior Advocate Vikas Pahwa said that he does not believe in reservation but merit. “The only criteria to be in the judiciary should be merit. The moment you bring reservation, the merit become secondary consideration,” he said. Pahwa, however, supported that women should be given more opportunities.