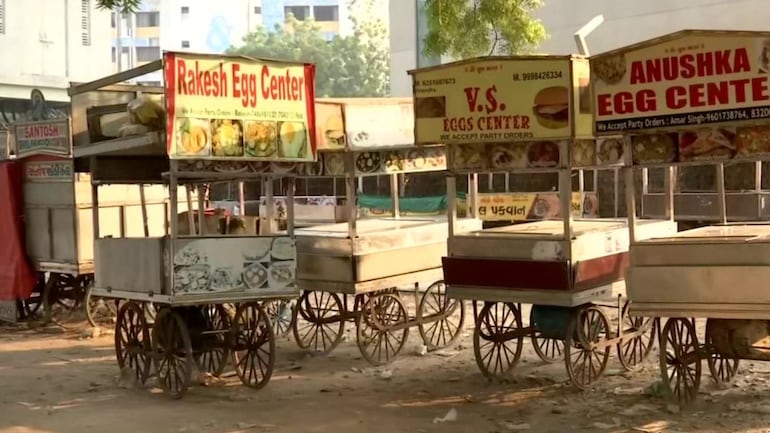 The Gujarat High Court on Thursday slammed the Ahmedabad Municipal Corporation for its recent campaign against food stalls selling non-vegetarian food in the city. The court warned that such action should not be taken to “satisfy the arrogance” of some people. However, the civic body said that only eateries encroaching on public land have faced action.

The single judge bench said, “Today there is a fear among some people that tomorrow morning you will stop people from selling everything. Do not do this as a drive to satisfy the ego of some people.”

Also Read – Drugs worth Rs 247 crore seized at Mumbai airport, were being brought to India for the new year

Justice Biren Vaishnav made the observation while hearing a petition filed by 25 vendors whose carts were recently confiscated by the corporation. Vendors included those selling non-vegetarian food, eggs as well as vegetables. The court also cautioned the civic body that such action should not be taken under political pressure.

The Single Judge Bench said, “…Because the ruling party says don’t want to eat eggs, you want to stop them? Why are you doing this?”

However, the civic body said that the drive was not against eateries selling non-vegetarian food, but was aimed at removing illegal shops on the roads that were causing “obstruction of public and traffic, or complete obstruction of pedestrians”.

“The petition has been filed under the misconception that there is no drive to remove all non-vegetarian vehicles. I have been instructed, I am saying that there is no encroachment on roads, which hinder public and traffic, or pedestrians.” Representing the civic body, the lawyer said.

To this, Justice Vaishnav replied, “If there are encroachments, then they must be removed. Action on encroachment is welcome. It is your power, but action should not be taken just because they are selling non veg in the city.” It shouldn’t.” However, after this Justice Vaishnav dismissed the petition.

The demand for removal of non-vegetarian food carts from the roads has been mostly coming from local BJP leaders in various cities of Gujarat, but the state government has said that it has no problem with the different eating habits of the people.