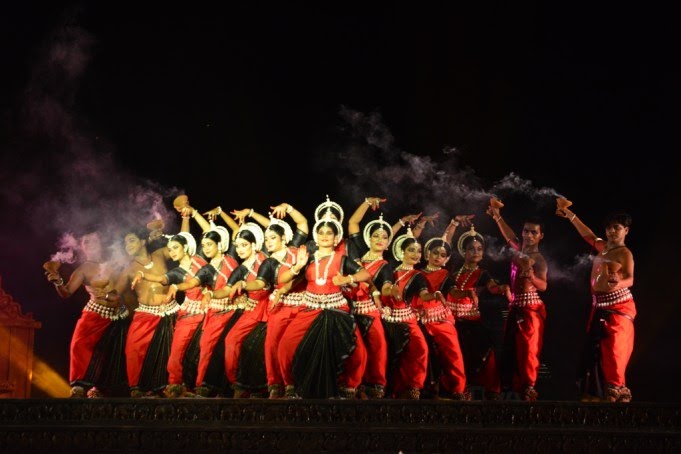 In view of the reports of India Meteorological Department and advisories issued by Special Relief Commissioner, Odisha on Deep Depression over southeast Bay of Bengal turning into Cyclonic Storm Jawad and reaching the coasts of Odisha, and in public interest, the Konark Festival 2021 and International Sand Art Festival 2021 being held on Chandrabhaga Beach in Konark, Puri are being called off with immediate effect.

“In view of impending cyclone in the Bay of Bengal and Puri District is likely to be affected as per IMD prediction, the Konark Festival and International Sand Festival scheduled till December 5, 2021 is hereby cancelled wef December 3, 2021 afternoon in the interest of public,” the statement said.

Every year, the tourism of Odisha conducts the Chandrabhaga International Sand art festival for the sand artists to show their art and talent to the world to see. Here the immense beach is a canvas and an artists’ deft is the palette.

Artists from all over the world participate in the festival, but due to COVID-18, strict protocols were followed.

Arabia.The weather system is likely to reach west-central Bay of Bengal off the north Andhra Pradesh-south Odisha coasts by Saturday morning, the India Meteorological Department said.Then, the storm is likely to recurve north-northeastwards and move along the Odisha coast, reaching near Puri around Sunday noon.

IMD has been issuing regular bulletins with the latest forecast to all the concerned states.

Prime Minister Narendra Modi also chaired a high-level meeting on Thursday to review the preparedness of States and Central Ministries and concerned agencies to deal with the situation arising out of the likely formation of cyclone Jawad, informed the Prime Minister’s Office.

The Cabinet Secretary has also reviewed the situation and preparedness with the Chief Secretaries of all the Coastal States and Central Ministries or Agencies concerned.