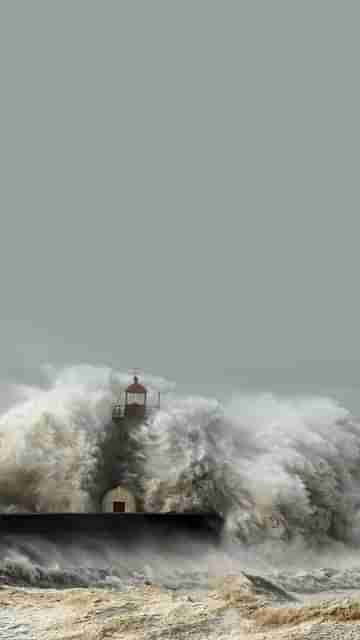 Amid the possibility of Cyclone Jawad reaching North Andhra Pradesh on Saturday, the state government has shifted more than 54,008 people from three districts to safer places.

Whereas in view of the cyclone in Odisha, all government, aided and private schools affiliated to the Department of School and Public Education in 19 districts will remain closed today.

The rescue team has rescued 15,755 people from Srikakulam district of Andhra Pradesh, 1,700 from Vizianagaram and 36,553 from Visakhapatnam. Also, the government has set up 197 relief camps in schools and community halls. 11 teams of National Disaster Relief Force (NDRF) have been deployed, while 5 teams of State Disaster Relief Force (SDRF) and 6 teams of Coast Guard have been deployed.

The Andhra Pradesh government has set up 197 relief camps in schools and community halls. Village secretary and district collectorate will work overnight. Two helicopters have been kept on standby. One crore rupees have been released to deal with any unforeseen situation.

Meteorological Department Director Stella Samuel said that during the last 24 hours, it is likely to move north, northeast again and move along the Odisha coast. Also, the sustained wind speed will be 80 to 90 kmph. It is expected to go up to a maximum of 100 kmph. Trees and electric poles are likely to be uprooted due to strong wind.