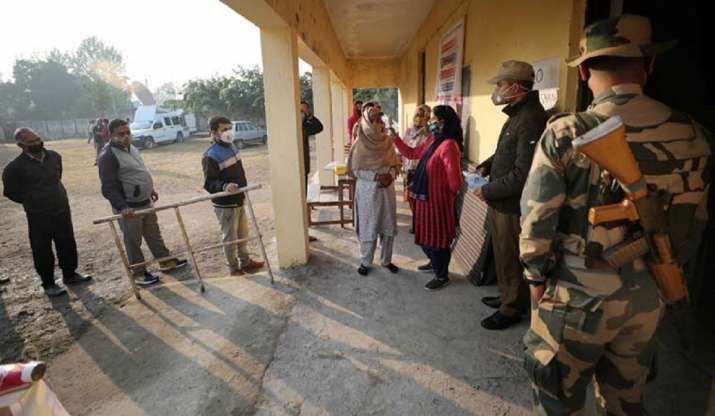 The counting of votes for the 280 District Development Council seats in Jammu and Kashmir is underway and after the first day of counting the Gupkar alliance is leading on 96 seats while the BJP is ahead in 56 constituencies.

Tomorrow the picture will be more clear and the Union terrority will get its first DCC winner.

The votes will decide the fate of nearly 4,200 candidates for the eight-phase polls held for the first time in the newly formed Union territory.

The polling was held over eight phases beginning November 28 and ending on December 19 as 51 per cent of the 57 lakh eligible voters exercised their franchise in the elections, which were largely peaceful.

Guitar Alliance consists of the Seven Kashmir-centric mainstream political parties, including Farooq Abdulla’s National Conference and the Peoples Democratic Party. They contested the polls in an alliance under the tag of the Peoples Alliance for Gupkar Declaration which is formed after a few months for the restoration of Article 370. Although Congress went alone in the last seven phases and BJP also fought single handedly and they are giving a tough competition to the Gupkar Alliance.