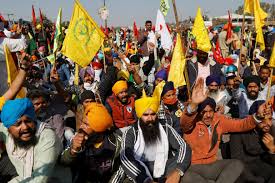 The deadlock between the farmers and the central government has not been broken yet. All eyes now on the next round of talks on December 9th. The Farmers Union had called for a Bharat Bandh on December 8th.

Agitating farmers continue to camp at Delhi borders and as of now seven borders of national capital have been closed. The truckers and Taxi association has also called for strike in North India.

The protesters are getting continuous support from the opposition parties. Earlier today Telangana Chief Minister KCR has extended his support to the farmers and said that TRS leaders will be involved in Bharat Bandh on December 8th.