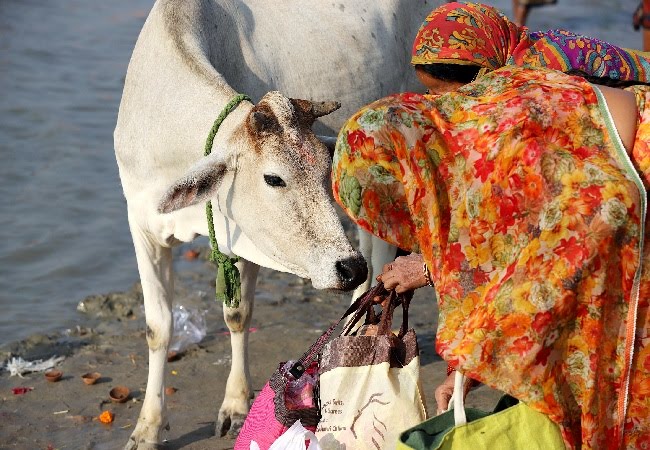 The Allahabad High Court said on Wednesday that the cow is the basis of Hindu faith and a symbol of Hindu culture, while denying bail to a person charged under the Uttar Pradesh Prevention of Cow Slaughter Act, 1955.

The single-judge bench of Justice Shekhar Kumar Yadav said that considering the “current situation”, it is important that the cow be declared a national animal and cow protection be made a “fundamental right of Hindus”.

“When the culture and faith of a nation faces injury, the nation gets weaker,” Justice Yadav added.

“The Parliament should bring a law to make cow a national animal and make strict laws against people who talk of harming cows,” stated the order, without referring to any particular class of people.

Justice Yadav said that scientists believe the cow is the only animal that inhales and exhales oxygen. He invoked mythology at several points in the 12-page order in Hindi.

The court stressed that the cow was the “basis of our culture” and had occupied an important place in the Puranas, the Shastras, the Ramayana and the Mahabharata, even as it pointed to the economic value of cows as the “backbone” of farming and other uses in daily life.

ALSO READ: Conflict in Punjab Congress: Harish Rawat also agreed – all is not well, but there is no discussion on reshuffle in the cabinet

The court also took a view of how gaushalas across the state are functioning and said that it is very sad to see that those who talk about cow protection and promotion become cow-eaters.

Commenting on the HC’s observation, Gau Seva Aayog Chairman Shyam Nandan Singh, said, “I very much welcome the court’s decision, and I am happy that the court has given its decision to make the cow the national animal. Society was demanding this decision for a long time. Today, after many years, such a good decision has come. There are many gods inside the cow, the cow is not only an animal but our culture. The court’s decision to give fundamental rights to the cow is also a very good decision.”

In June 2020, the Uttar Pradesh assembly had passed an ordinance providing a maximum rigorous imprisonment of 10 years and a fine up to Rs 5 lakh for cow slaughter.