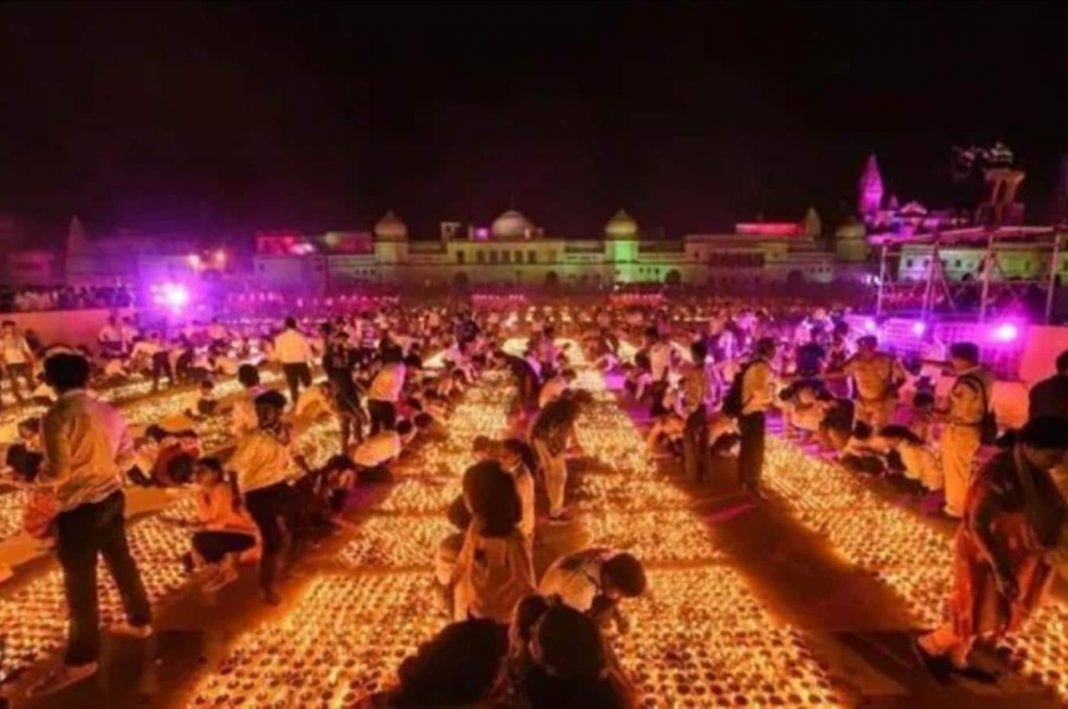 As many as nine lakh diyas will be lit on the fifth and grandest edition of Deepotsav, an event organized by Yogi Adityanath government in Uttar Pradesh on the occasion of chhoti diwali, i.e today. It is the last edition of Yogi Government’s mega event as Assembly Polls are scheduled to take place in Uttar Pradesh.

The celebrations will also include an aerial show by 500 drones that will draw Ramayan era scenes on the temple town’s skyline through animation and stimulation. A 3-D holographic show, 3-D projection mapping and laser show at the majestic Ram ki Paidi ghat on the banks of River Saryu will also be the highlight of the show.

Around 12,000 students of Ram Manohar Lohia Awadh University, Ayodhya, have been engaged as volunteers for the lighting of diyas event. Another three lakh diyas will be lit across the city at various maths and temples.

The Ayodhya Deepotsav looks forward to create another Guinness Book of World Record today by lighting at least 7.51 lakh earthen diyas and the tourist department and Ayodhya administration are planning to light Nine lakh lamps as an insurance against any potential disappointment.

UP governor Anandiben Patel, chief minister Yogi Adityanath and union tourism minister G Kishan Reddy will be the chief guests at the event.