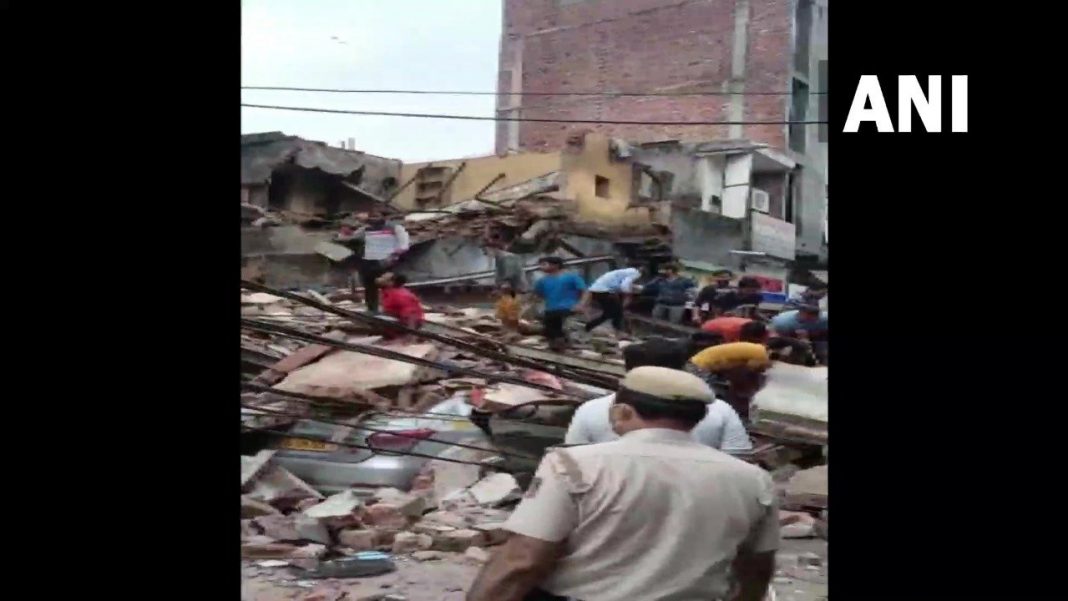 Two children, both brothers, were rescued from the debris but were declared brought dead at Bada Hindu Rao hospital. One person was rescued and was undergoing treatment at the hospital.

A car parked nearby was badly damaged as debris from the building fell on it, police and fire department officials said.

According to police, construction work was underway in the building. There were labourers inside the building when it collapsed.

The Delhi Fire Service received a call about the incident at 11.50 am, said Atul Garg, the director of DFS. Total seven fire tenders were rushed to the site, he added.