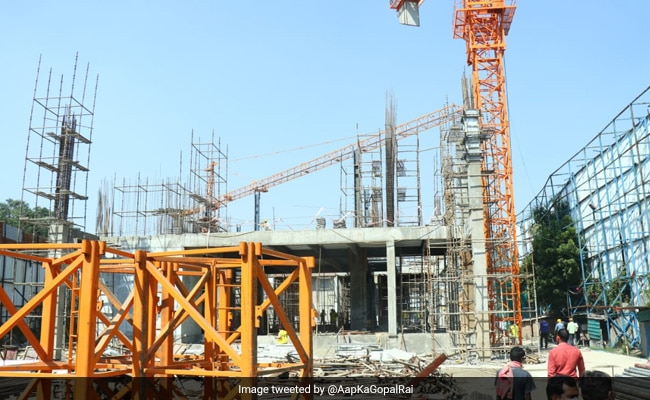 Making an important announcement in the country’s capital Delhi, the Kejriwal government has decided to give 5 thousand rupees to the registered workers immediately. Due to increasing pollution, compensation will be given on the basis of minimum wage if construction is closed for more days. On-site registration of laborers who are not registered will be done. It is worth noting that the Supreme Court had yesterday directed the states to pay the workers due to the closure of construction.

In fact, Delhi CM Arvind Kejriwal said that the Delhi government is taking many steps at its level to reduce air pollution. But the order of the Supreme Court is on the head. Whatever orders we get from the Supreme Court, we also get advice from them, so we take all the steps, we follow them all. Due to pollution, construction activities have been banned for the last several days.

The Supreme Court is closely monitoring the pollution situation in Delhi NCR. At the same time, during the hearing, the court has also reprimanded Delhi and the central government many times. While hearing on Wednesday, the court said that we are not going to close the case. Will continue to review the situation. The court demanded a report from the government on stubble management. The next hearing in this case will now be held on November 29. CJI asked the central government, tell me, what have you done so far in view of pollution? You had told that from November 21, the situation will be fine. We are saved because of strong wind. But there was news of the Meteorological Department that it can become serious again from the evening. On this, SG Tushar Mehta said that pollution has reduced. On November 20, the AQI was 403 and yesterday it was 290. Industrial pollution has also made a difference.