Support Us
More
More
HomeNATIONDelhi-NCR in the grip of cold wave
NATION
December 21, 2021

Delhi-NCR in the grip of cold wave 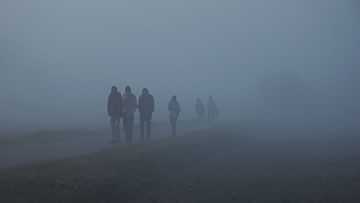 Delhi-NCR (Delhi-NCR Weather Update) Including the whole of North India, it is getting cold, there is a continuous drop in the temperature, Delhi-NCR is chilling due to the cold wave.

Apart from mountain, the mercury has reached minus even in the plains. The Meteorological Department says that in many areas of Uttarakhand, Jammu and Kashmir and Himachal Pradesh, snowfall is affecting the plains, due to which the temperature is falling. According to IMD, on December 21, at 8:30 am, the minimum temperature in Safdarjung area of Delhi was recorded at 4 degrees, which is better than yesterday.

To avoid this severe cold, people are seen burning bonfire on the streets of Delhi. The number of people has also increased in the night shelter built near Yamuna Bazar area of Delhi. Where earlier the beds used to be empty, today all the beds are completely are filled. Due to the increase in the number of night shelters, a temporary night shelter has been built. Last night near Kashmiri Gate bus stand, some auto drivers were seen resorting to bonfire to escape the cold, the auto drivers said that the ride is getting cold, due to which the bonfire is being resorted, the ride will go towards their work. Will go but due to the cold at the moment the problem is definitely coming.