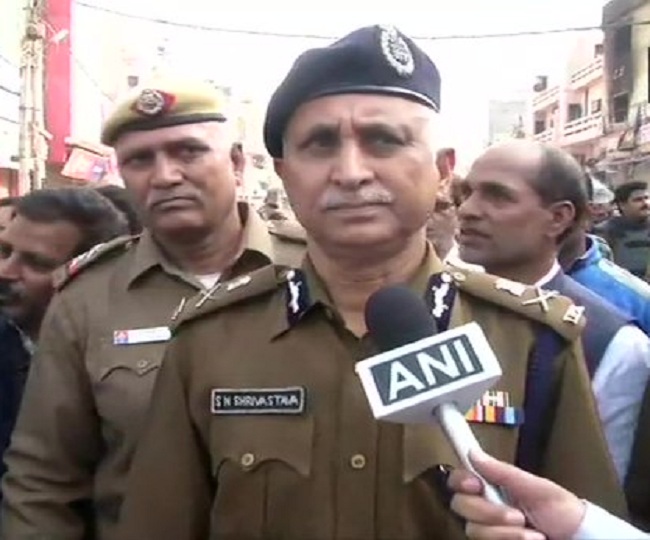 On the case of violence during the tractor parade of farmers in Delhi, Delhi Police Commissioner SN Srivastava himself came in front of the media and told that, the farmers violated the agreement with the police. He said that, we first asked the farmers to take out their tractor march outside Delhi, but the farmers did not agree. The Commissioner said that in the five-round meeting, we finally gave them three routes. But it was not followed.

Delhi Police Commissioner said that, because it was January 26, it was decided that it should be given in writing with some conditions. The first condition was that the Kisan Tractor Rally would start from 12 noon and end by 5 pm. After this, the second condition was that the farmer leader should lead the tractor march. After this it was also decided that the leader should accompany each batch, so that they could control it. It was also said that there should not be more than 5 thousand tractors, no weapon, spear or stick should be in hand. In writing, the farmer leaders approved all the conditions and decided that the rally would start from 12 noon. The commissioner further said-

“But late in the evening of January 25, it was understood that he was retracting from his promise. Those who were aggressive and militant members were pushed forward. He also gave very provocative speeches. Which made him understand what his intention was. The next day, from 6:30 in the morning, they started breaking the barricade. The farmers reached Mukarba Chowk, instead of turning right, they sat there. Their leader Satnam Singh Pannu gave a provocative speech. After this, the farmers started breaking barricades. Another farmer leader Darshan Pal Singh was also present there. He refused to turn right. “

The Police Commissioner said that Delhi Police has registered more than 25 criminal cases. We are using facial recognition system and taking help of CCTV and video footage to identify the accused. No culprit will be spared. 19 accused have been arrested and 50 people have been detained. they are being interrogated.