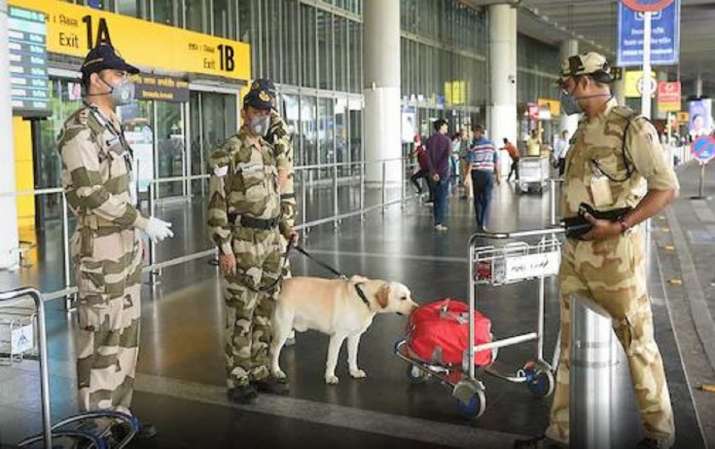 The Indira Gandhi International (IGI) airport in New Delhi went on a state of alert late on Friday night after a bomb threat call for a London-bound Air India flight. The caller threatened to blow up the Air India flight to London on the lines of the 9/11 attacks in the United States, just one day before the attack’s 20th anniversary, the Delhi Police said.

“We received a bomb threat call about a flight going to London,” the ANI news agency quoted Delhi Police officials familiar with the development as saying. “At 10.30 pm on Thursday, a phone call came on the landline number of the Ranhola police station in Outer Delhi. The caller said that on the lines of 9/11 attacks in the US, an Air India flight to London will be blown up.”

Earlier on Friday, security was increased after a threat call was received to seize the Delhi airport. “Travel Alert Due to SFJ’s call to seize the airport, checking of vehicles will be done going to the airport”, tweeted DCP South West, Pratap Singh. Furthermore, he urged flyers to start early if they have to board a flight from IGI to avoid any delays.

Meanwhile, the Delhi Police requested passengers to start early if they are to catch a flight from the IGI airport in the national capital as there will be multiple security checks.