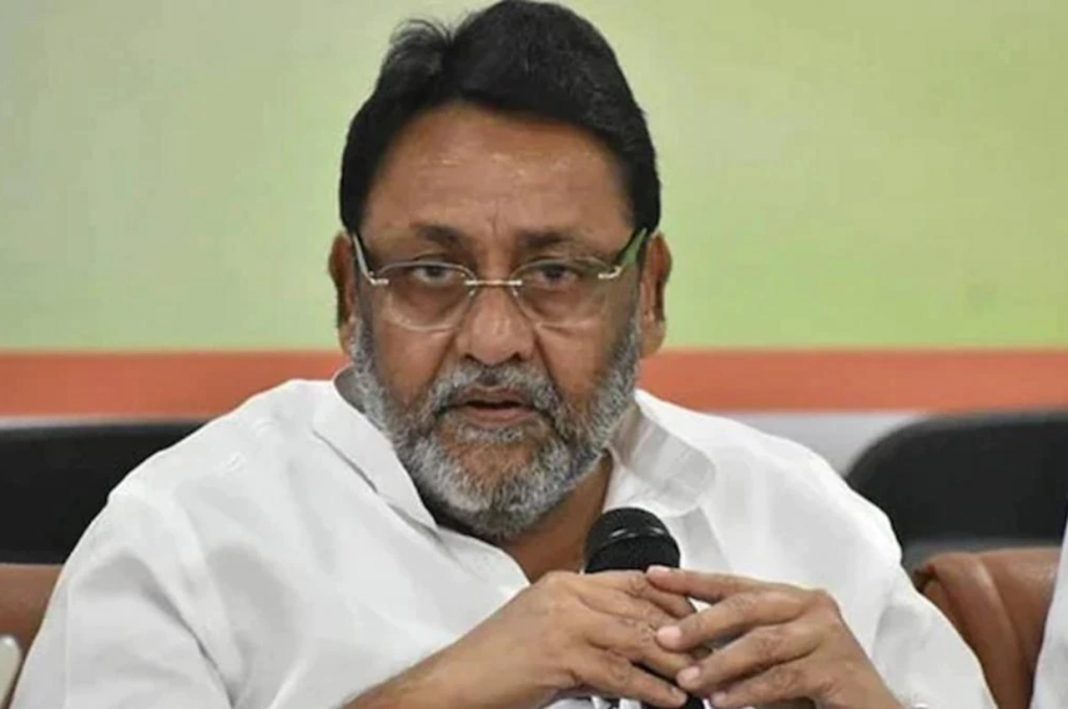 Keeping up with his promise that he would drop a “hydrogen bomb” exposing BJP leader Devendra Fadnavis, Maharashtra minister Nawab Malik said that the former Chief Minister had links with Riyaz Bhati, an aide of don Dawood Ibrahim.

Addressing a press conference, Nawab Malik said, “Who is Riyaz Bhati? He was caught with a fake passport and is linked to Dawood. He was let off in two days. He was seen at functions with you and even at BJP events.”

“We don’t want to bring the Prime Minister into this. But, this Riyaz Bhati had access to the PM’s function and also clicked photos with him. Underworld dons from other countries called police officers appointed by Devendra Fadnavis in Thane and the matter was settled,” Nawab Malik further said.

The NCP leader furhter claimed that Devendra Fadnavis protected fake currency rackets in the state following demonetisation in 2016 with help from Sameer Wankhede, who was then with DRI.

“On November 8, 2016, when demonetisation was announced, a lot of fake currency was seized from different parts of the country. For one year after that, there was no case of fake currency in Maharashtra as it was running with the blessings of Fadnavis. On October 8, 2017, the DRI seized Rs 14.56 crore of fake currency in BKC Mumbai. But the matter was brushed under the carpet by Fadnavis,” Nawab Malik said.

Nawab Malik’s charges come a day after Devendra Fadnavis clashed with him alleging that a company of the NCP leader and his family members purchased land in suburban Kurla at a very cheap rate through fictitious documents from two convicts of the 1993 Mumbai serial blasts case.