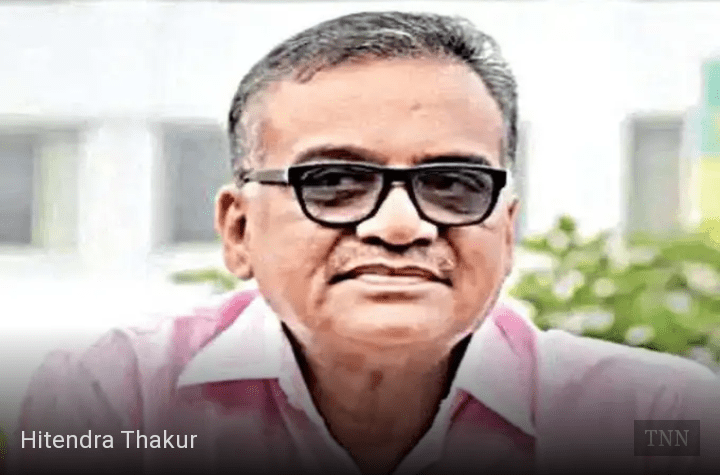 The Enforcement Directorate (ED) officials conducted raids at five locations including the office of Bahujan Vikas Aghadi (BVA) president and MLA Hirendra Thakur and premises of the directors of Viva Group in Vasai-Virar and Palghar areas. ED officials confirmed the development.

The ED said it found that the Wadhawans fraudulently transferred two commercial properties of Mack Star in Kaledonia building, Andheri East, worth Rs 34 crore to the Viva Group. For the transfer of the two properties, separate sale agreements dated June 26, 2017 were prepared. In the sale agreements, the purchase amount was shown to be paid via 37 cheques by Viva Holding (Viva Group) to Mack Star Marketing against purchase of the properties. But investigators found these cheques were never encashed in the account of Mack Star.

Kshitij Thakur said, “We have issued cheques like in any business transaction. If they have not deposited it into the bank, that is not our responsibility. Nowhere in its release is the ED talking about the involvement of Viva Group in money laundering, but they are talking about associates. Why should we be held responsible for the acts of our associates?”

The two arrested persons, as per sources, have been identified as Madangopal Chaturvedi and Mehul Thakur who are the director and managing director, respectively, in the Thakur family-owned enterprise Viva Home Finance Ltd. Mehul Thakur, the director, reportedly has the controlling authority in various Viva group ventures.

Underworld don Bhai Thakur was booked under TADA and was said to be once an ally of global fugitive gangster Dawood Ibrahim too. His brother Hitendra Thakur is the president of the party named Bahujan Vikas Aghadi (BVA).

A former Shivsena Member of Parliament is also under the scanner of the Enforcement Directorate (ED) investigating the PMC bank scam. According to sources, funds of nearly a crore rupees were transferred to the political leaders association representing bank employees. ED officials while probing the diversion of PMC bank funds done by HDIL promoters traced the money being transferred to the association controlled by the political leader.