There has been a stir due to the blast in the court room number 102. 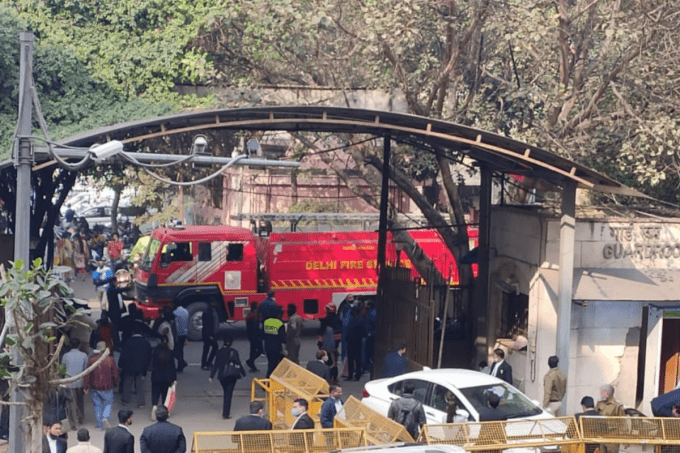 A big news is coming out of Delhi’s Rohini court. There has been a stir due to the blast in the court room number 102. Fire and police have reached the spot. Some people say that maybe the blast happened because of the laptop. Security has been beefed up around the cabin for investigation.

According to the fire brigade, they received a blast call at 10:40 am. After which 7 vehicles have been sent to the spot.

The type of blast is being investigated. At present, the hearing of all the ongoing cases in the court has been stopped.

The Delhi Police has beefed up its security by cordoning off the spot. Senior officers of Delhi Police are present at the spot. The police have not yet given any official statement.

After the incident, there was chaos in the Rohini court premises. Wherever he was present, he started trying to reach a safe place from there. It is being told that two people were injured in the blast.