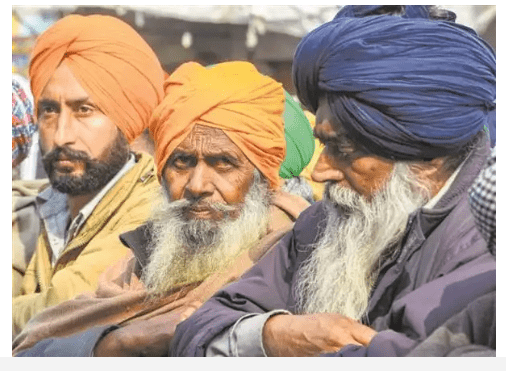 Even as the deadlock over three farm laws continues, the National Investigation Agency (NIA) has issued notices to dozens of Punjabi and Sikh activists taking part in the farmers’ protest in connection with an FIR registered against US-based outfit Sikhs For Justice (SFJ)—a pro-Khalistani organisation based out of the US.

In response to NIA summons to several activists associated with the farmers’ protest, union leaders today claimed the move was a government tactic to scuttle their agitation. They said they would move the court.

Baldev Singh Sirsa, president, Lok Bhalai Insaf Welfare Society, said he would not appear before the NIA on Sunday due to a prior engagement. “Having failed to corner the farmers through other means, the government is now trying to intimidate us through the NIA,” he said.

The NIA had filed a First Information Report (FIR) on December 15, 2020 in Delhi against three — Gurpatwant Singh Pannu from the United States, Paramjit Singh Pamma, who is based in the United Kingdom and Hardeep Singh Nijjar of Canada. Pannu heads the SFJ.

The FIR reads: “The central government has received information that Sikhs for Justice an ‘Unlawful Association under the Unlawful Activities Prevention Act (UAPA) and other Khalistani terrorist outfits, including but not limited to Babbar Khalsa International, Khalistan Tiger Force and Khalistan Zindabad Force along with their frontal organisations have entered into a conspiracy to create an atmosphere of fear and lawlessness and to cause disaffection in people and to incite them towards rising in rebellion against the Government of India.”

The farmers’ leader, who is one of the representatives in the talks over the farm laws with the Centre, said that the government was afraid of the tractor rally scheduled for Republic Day on January 26, according to the Hindustan Times. “However, we will continue our struggle for the repeal of the laws,” he said.

To oppose the NIA’s move, Sirsa led supporters at the site of a protest outside a mall in Amritsar. Several Sikh activists, who had also received the notices, joined them.